Solid-state-drive specialst OCZ Technology (NASDAQ: OCZ) has announced that the Nasdaq exchange accepted the company's plan to regain compliance with its listing rules allowing it to remain listed on the exchange.

Under the terms of the exception granted to OCZ, it must file on or before April 8 its Forms 10-Q for the period ended Aug. 31 and Nov. 30 of last year, as well as any other delinquent periodic reports.

OCZ Technology delayed filing its quarterly reports following problems surrounding certain customer incentive programs that led to significant quarterly losses and the abrupt resignation of its CEO. The drive maker subsequently launched an investigation into the problem and held off on filing its reports with the SEC. Those investigations are largely complete.

The company announced in December that it had filed a plan with the exchange to regain compliance by Feb. 28. Nasdaq is permitted to grant an extension of up to 180 days from the initial delinquent filing, or until April 8, for the company to regain compliance. The stock has fallen more than 77% since the problems first surfaced. 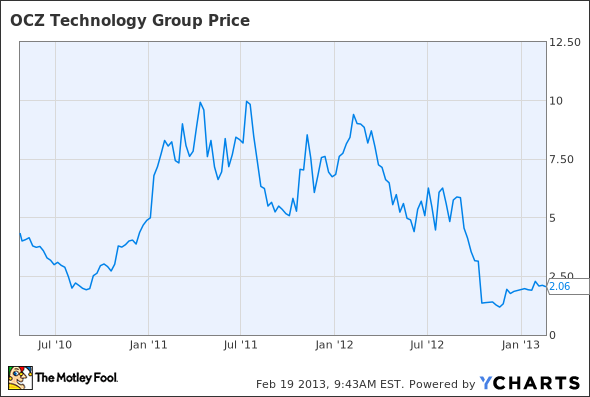