Microsoft (NASDAQ:MSFT) doesn't have decades of dividend history to fall back on, but the company is a quick learner. Microsoft has increased its regular dividends every year since the first payout policy was implemented, save for a brief one-year pause triggered by the economic crisis of 2008. Share prices haven't exactly soared, but dividend yields are growing nicely: 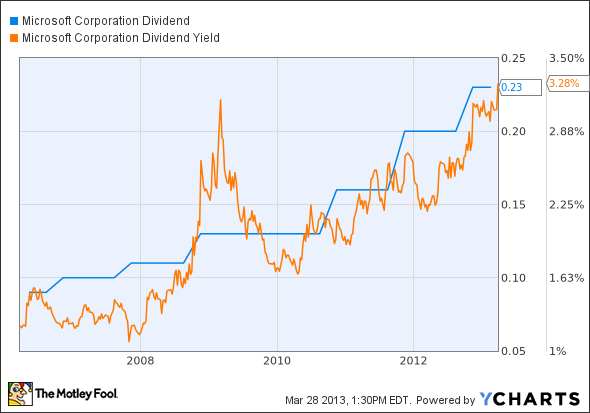 Without dividend payments, the stock would have lagged its Dow Jones (DJINDICES:^DJI) peers significantly. But the race becomes much closer if you reinvested Microsoft's dividend checks along the way. If not for the disappointing launch of Windows 8 last year, shareholders would have kept up with the blue-chip index over the last seven years. 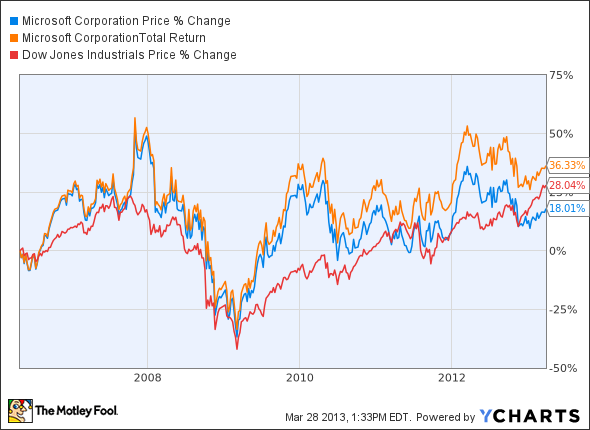 Mind you, it's not like Redmond is falling apart at the seams. That squiggly stock chart goes along with fairly impressive increases in long-term sales and cash flows. It's the price-to-cash-flow ratio that has declined, not the business results themselves. 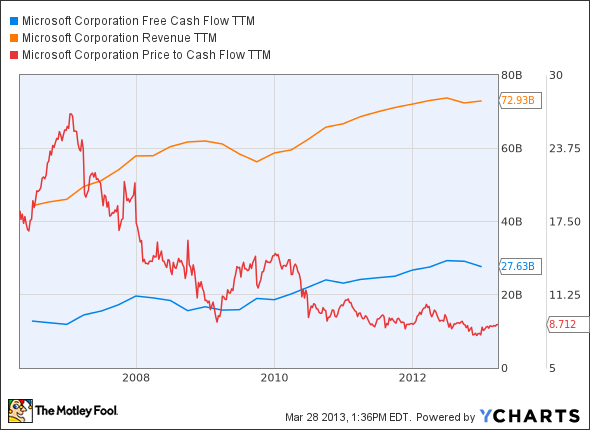 The company has plenty of headroom to become an even more attractive dividend play. Microsoft paid out $7 billion to shareholders last year but collected $27.6 billion in free cash. Nobody is asking Redmond to pour buckets of cash into its dividend policy, but the option is there if management wanted to appeal to a new class of investors.

As it stands, only seven of the Dow's 30 blue chips offer a stronger yield than Microsoft. That pecking order might not last forever if Redmond sticks with its generous cash-sharing policies -- or takes the next step with even stronger dividend increases.