Buy these rising stocks right away or forever hold your peace.

Past performance is never a guarantee of future success. But some stocks rise for good reason. Here are two Dow Jones (^DJI 1.61%) stocks that are chasing all-time highs as we speak -- without getting expensive in the process. These are momentum stocks of exceptionally high quality, and they may never be this cheap again.

If you need another indication that the market is firing on all cylinders, consider this: 15 of the 30 Dow components trade within 10% of their all-time highs right now.

Health insurance giant UnitedHealth (UNH 0.83%) set its all-time record in December of 2005. Then the company was hit with an options-backdating scandal that ultimately displaced its CEO, an industrywide bout of investor skepticism, and, of course, the pitch-black recession shared by the rest of the known universe.

Now UnitedHealth is back in record-level neighborhood and looking stronger than before. You can -- and probably should -- buy this stock right now. 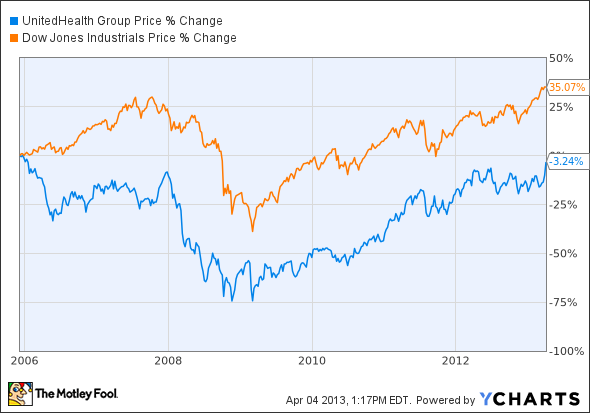 Since its fall from the original summit, UnitedHealth has reshaped its business plan, increased dividend payments nearly eightfold, and finally joined the elite Dow index. It's a longtime and extremely successful recommendation of two Foolish newsletters and has a perfect five-star CAPS rating to boot. The reasons to buy this stock pile up to the rafters of Wall Street and Main Street alike.

Walt Disney (DIS 2.28%) is a more obvious success story. This stock hit its lifelong peak as recently as last month and has crushed the Dow by more than tripling in price over the last decade. Is the Mouse bound to run out of steam, or can you still buy the stock at current prices? 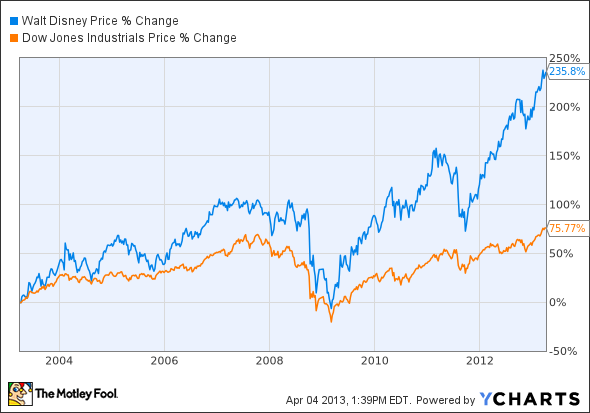 I think it's pretty obvious that the best is yet to come. Disney thrives on game-changing acquisitions like its Pixar and Marvel buyouts. Pixar still churns out surefire hits like clockwork, the benefits of the Marvel buy are still unfolding, and now Han Solo has joined the party in the recent Lucasfilm buyout. It's like pouring nitroglycerin on the fire.

Mickey Mouse is shrinking in the Disney universe as he becomes surrounded by equally powerful consumer-attention magnets. The character stable is becoming as diversified as the business operations, which include movies, TV content, cruise ships, theme parks, lunch boxes, and more. It'll take a meltdown of epic proportions to stop this gravy train.

So if you're looking for stocks to buy right now, you really can't go wrong with these two winners. They're rising for a reason and won't be going back down.