Don't make big promises if you don't have bigger plans.

The upside for investors would be massive. For comparison, let's take a look at how much Apple shares have grown in value since the launch of the first iMac in 1998, which was the first major new product of the second Steve Jobs era: 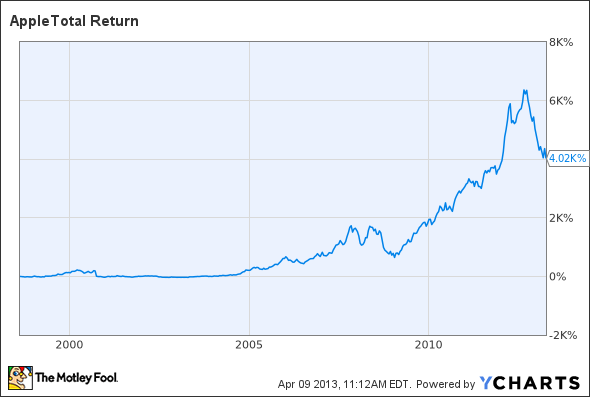 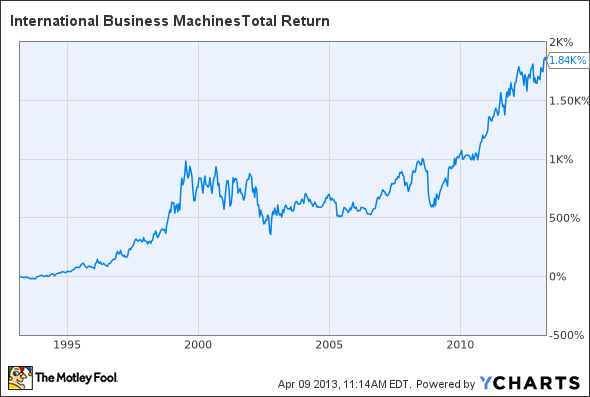 Pretty impressive! So, how exactly does Roy Taylor expect AMD to follow in these deep footsteps? Here's the relevant quote from Bit-Tech:

But, thinks Taylor, with the company's new generation of APUs (a [central processor] and [graphics processor] combined on one chip), it is well set for the future. A large part of this will be driven by AMD having secured deals with Nintendo (NTDOY -3.32%) and Sony to have its APUs in the Wii U and PS4 (and it's long rumoured the upcoming new [Microsoft] Xbox will also feature an AMD chip). With these processors in place there is significant incentive for developers to work hard on making their games and apps run well on AMD hardware, which in turn may drive uptake of AMD [chips] in other sectors of the market.

Chips in consoles. For reference, the entire lifetime global sales of the current-gen consoles (counting the original Wii as well as the Wii U for Nintendo) to date is roughly 250 million units. The Xbox 360 has been out since 2005. The Wii and the PS3 have been out since 2006. Nearly 210 million smartphones were sold in 2012. Over 350 million PCs sold that same year. And you want to focus on a segment of technology that's not only sold less than a tenth as many units per year as these two primary groups combined, but one that's got increasing competition from mobile devices as well? The Wii U, which is the only true "next-gen" console available, is already showing disappointing sales on the market. The original Wii sold over 7 million units in its first year on the market. Nintendo's already cut first-year estimates for the Wii U to around 4 million units.

It's one thing to be ambitious. But if you're going to shoot for the moon, don't try to do it with a rocket that's already failed to lift off the launch pad. Steve Jobs understood that. So did Lou Gerstner. That's why Apple and IBM today bear almost no resemblance to the companies that originally handed those executives the reins. AMD's chip competitors have shifted with the market. Will AMD's executives realize that they need to shift as well, or is their strategy going to keep the company stuck in the old ways?