Please ensure Javascript is enabled for purposes of website accessibility
Log In Help Join The Motley Fool
Free Article Join Over 1 Million Premium Members And Get More In-Depth Stock Guidance and Research
By Morgan Housel – Aug 14, 2013 at 9:29AM

In a 2009 NBC/Wall Street Journal poll, 8 in 10 Americans said they were concerned about the federal deficit and growing national debt.

So, good news: Annual budget deficits are plunging, falling by half in the last three years: 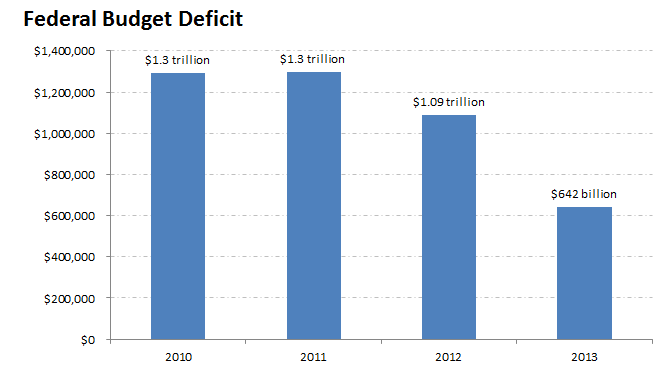 Source: Office of Budget and Management, Congressional Budget Office. 2013 = current + most recent estimate of remainder of the year.

In an odd twist, however, most Americans seem oblivious to this progress.

A recent Google consumer survey asked the question, "How do you think the US Federal Government's yearly budget deficit has changed since January 2010?" With 665 responses from around the country spanning a wide variety of demographics, here's what it found:

The deficit falls by half, and more than half of respondents think it increased.

This is nothing new. During California's budget battle in 2011, the LA Times wrote: "Some 75% of respondents said they were following the [California] budget debate, yet only 16% were aware that state spending has shrunk by billions of dollars over the last three years."

One of the most consistent states of confusion revolves around foreign aid, as Washington Post fact-checker Glenn Kessler points out:

A Nov. 30 poll by WorldPublicOpinion.org found that, when people were asked what percentage of the federal budget goes to foreign aid, the average response was 27 percent. (The real number is about 1 percent.) The estimates were essentially the same for Democrats, Republicans and independents.

As Will Rogers put it, "It isn't what we don't know that gives us trouble, it's what we know that ain't so."