Superhero stories aren’t as important to these studios.

Moviegoers still enjoy a good scare. Last month's The Conjuring beat out not only Turbo but also comic-book adaptations Red 2 and R.I.P.D. with a $41.9 million opening, the second-highest debut ever for a supernatural horror film, Box Office Mojo reports. 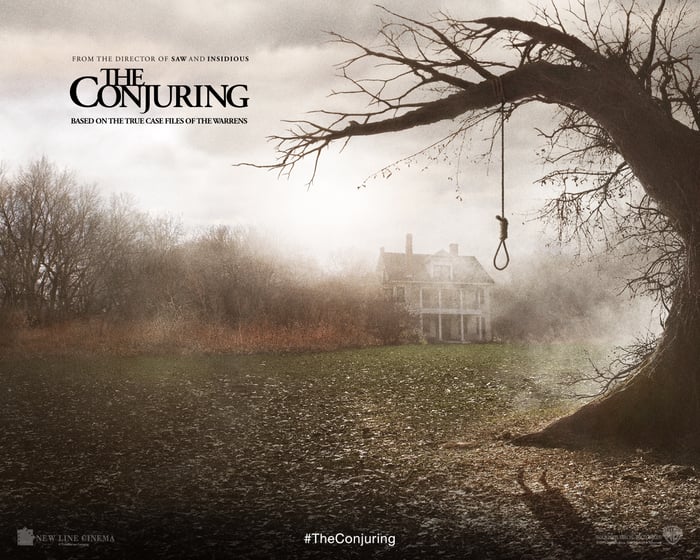 The Conjuring is the latest paranormal thriller to win over audiences. Source: Warner Bros.

The film has since earned $167 million worldwide on a mere $20 million production budget, a huge win for Time Warner's (TWX) Warner Bros. Studios. I'd call it an outlier if paranormal thrillers weren't filling the coffers of several mid-tier entertainment stocks.

3 entertainment stocks with scary potential
In a way, it's always been like this. Horror flicks entertain at the basest level by scaring the bejeezus out of us without putting us in any physical danger. From Alfred Hitchcock to George Romero to Roger Corman to Guillermo Del Toro, the genre has produced more than its share of legends while supplying studios with a steady stream of profits.

Lately, our culture's appetite for apocalyptic fare has grown nearly insatiable. Shares of AMC Networks trade near a 52-week high in part because of the success of zombie thriller The Walking Dead. At theaters, a number of high-potential supernatural flicks are in the works. Here's a closer look at the entertainment stocks poised to profit.

1. Viacom (NASDAQ: VIA) Home to Paramount Studios and one of the top supernatural franchise of all time: Paranormal Activity. On a worldwide basis, the series' four films have grossed $718.7 million -- or $179.7 million each, Box Office Mojo reports. The 2009 original's "found footage" style, popularized by The Blair Witch Project a decade earlier, cost just $15,000 to make. Paramount spent $5 million on last year's fourth installment. A fifth film is due in October.

2. Sony (SONY -0.92%). Also known as the parent studio for Screen Gems, which brings the horror classic Carrie back to the big screen two weeks before Halloween. The 1976 original, which starred Sissy Spacek in the titular role, earned $33.8 million at the time and $129.5 million when adjusted for inflation, according to Box Office Mojo.

3. Lions Gate (LGF-A -9.31%). Responsible for both Sinister and The Possession -- as well as the Saw franchise -- the studio screens You're Next on Aug. 23 and then plans to follow November's Ender's Game and The Hunger Games: Catching Fire with the horror flick Jessabelle in January. A long history of cheap-but-frightening successes, and more than a few hit TV productions, has allowed Lions Gate to compete for bigger budget franchises.

Some horror stories end well ...
Among the films coming out soon, I like Carrie's chances to outperform most. But as a studio, I like Lions Gate's diversity of franchises and I've picked the stock to outperform in CAPS as a result.

Fool contributor Tim Beyers is a member of the Motley Fool Rule Breakers stock-picking team and the Motley Fool Supernova Odyssey I mission. He owned shares of Walt Disney and Time Warner at the time of publication. Check out Tim's Web home and portfolio holdings, or connect with him on Google+, Tumblr, or Twitter, where he goes by @milehighfool. You can also get his insights delivered directly to your RSS reader.

The Motley Fool recommends AMC Networks and Walt Disney and owns shares of Walt Disney. Try any of our Foolish newsletter services free for 30 days. We Fools don't all hold the same opinions, but we all believe that considering a diverse range of insights makes us better investors. The Motley Fool has a disclosure policy.