Mixed economic reports have the Dow Jones Industrial Average (DJINDICES:^DJI) slightly higher as we wait for the Federal Reserve's policy statement tomorrow. As of 1:25 p.m. EDT the Dow is up 0.35%, while The S&P 500 (SNPINDEX:^GSPC) is up 0.41%. 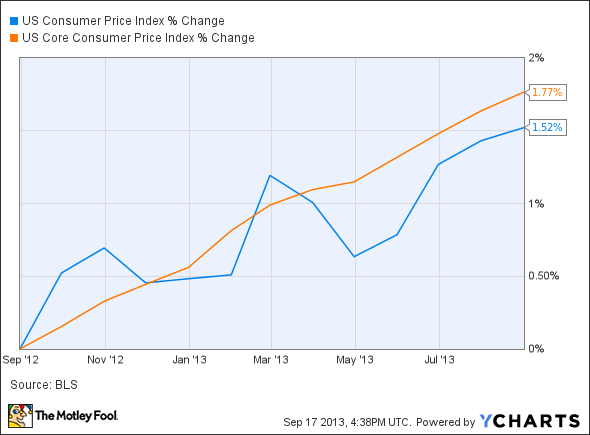 Both are well below the Federal Reserve's targets of 2% to 2.5% inflation -- which is significant, considering the Federal Open Market Committee is meeting today and tomorrow to decide whether to continue the Fed's $85 billion-per-month long-term asset purchases.

The second economic report was the National Association of Home Builders' Housing Market Index, which measures homebuilder confidence. The index remained unchanged in September, at its highest level in five years. 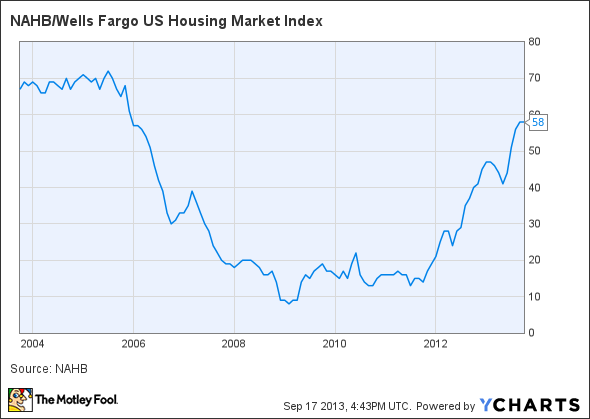 A level below 50 indicates that more builders see conditions as negative than do positive. NAHB Chairman Rick Judson had this to say: "While builder confidence is holding at the highest level in nearly eight years, many are reporting some hesitancy on the part of buyers due to the sharp increase in interest rates. Home buyers are adjusting to the fact that, while mortgage rates are still quite favorable on a historic basis, the record lows are probably a thing of the past."

Mortgage rates are indeed still historically low but have risen more than 50% in the past five months alone, giving consumers and builders alike some sticker shock. 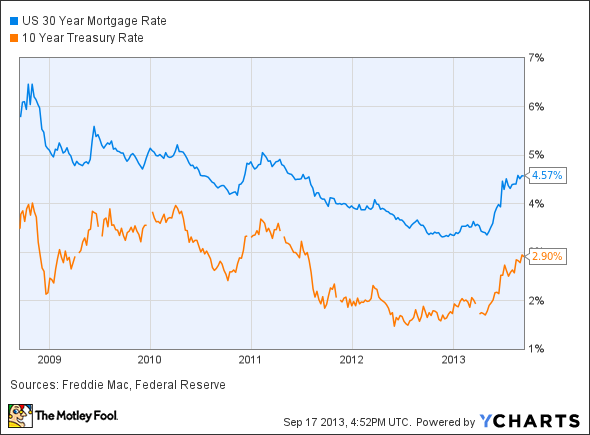 The big news this week will be the FOMC's statement tomorrow at 2 p.m. EDT. It will be interesting to see how the market reacts to the Federal Reserve's plan of action. Analysts generally expect the Fed to announce some slight tapering of QE but otherwise leave in place most of the asset purchases. That said, only the committee members know what the Fed will do -- and if your investment process depends on the outcome of the meeting, you're doing it wrong. Have a plan and invest for the long term.