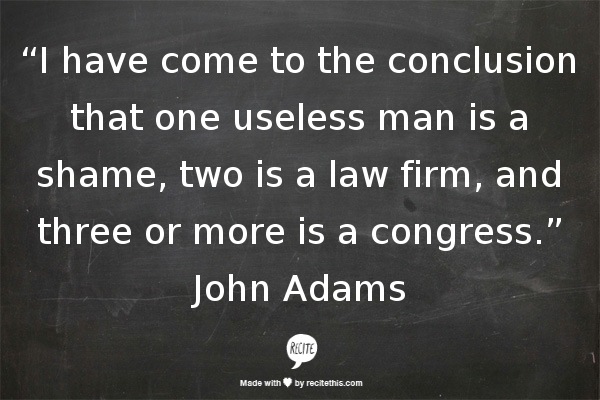 The government is back open. Museums will reopen their doors, tax refund checks will resume being sent, and 700,000 workers can go back to work -- with pay, even!

Now that it's over, let's make a pact: Let's not do this ever again.

Seriously, we have to stop doing this. The economy is just now really starting to recover from the Great Recession. Pointless political shutdowns are the quickest way to short-circuit that recovery and self-inflict pain. As comedian John Stewart put it, America is "sitting on its own [male private parts]."

The need to tackle the nation's long-term deficit is real. But there's a term in economics called "false economy" that refers to short-term attempts to save money backfiring and costing more in the long run. Groups of Americans have spent the better part of the four years outraged at the cost of say, PBS and NPR's $450 million annual budget. But the shutdown cost the economy that much every eight hours. Surveys continuously show Americans are outraged at how much the government spends on foreign aid. But the actual amount spent on foreign aid -- about $56 billion a year -- has been dwarfed by the amount of money sucked out of the economy by four years of political pranks.

And there are two dirty little secrets about the economy that were left mostly unspoken over the last two weeks of fighting.

One, the annual budget deficit as a share of GDP has plunged by more than 60% since 2009. Debt as a share of GDP is already on track to decline over the coming decade. Non-defense discretionary spending as a share of GDP is neara half-century low. None of this seems to change the rhetoric around talks of "runaway spending" and "exploding deficits." As Ian Shepherdson, chief economist at Pantheon Macroeconomics wrote, "We are baffled by the idea that the pace of deficit reduction needs to be increased, given how rapidly the picture is improving already."

Two, growth in annual health-care spending is near a 50-year low. The decline is persistent and can't be explained by a slow economy alone. And it's so large that the Congressional Budget Office is slashing its estimates of future entitlement spending. "The slowdown in health care cost growth has been sufficiently broad and persistent to persuade us to make significant downward revisions to our projections of federal health care spending," CBO director Doug Elmendorf said last month. Estimated spending on Medicare and Medicaid in the year 2020 was recently revised down by more than $200 billion. I didn't hear anyone mention this during the shutdown when worrying about runaway entitlement spending.

America has problems, but there's a tried-and-true way to deal with them: Win elections and pass laws. And more important, rely on facts. The more we govern by shutdown, standoff, threatening to default on national debt, and imaginary boogeymen, the harder it's going to be to keep our fragile economic recovery afloat. Let's not do this ever again.

Let's Not Do This Ever Again @themotleyfool #stocks Next Article
Current