Streaming video games don't mark the end of the road for this retailer.

GameStop (GME -11.06%) has another big red target on its back. Sony (SONY 1.39%) last week announced plans for a new video-game streaming service that promises to give gamers instant access to titles through the Internet. GameStop's shares tumbled on the news, as investors feared that the retailer is headed down the Blockbuster path -- doomed by the unstoppable rise of digital content delivery.

The thesis sounds scary enough: Sony's PlayStation Now service will do to GameStop what Netflix did to the DVD retailing business. But there are some good reasons that analogy just doesn't fit.

A hit-driven business
For one, unlike the market for TV and movie content, the video-game business is focused on just a few key titles each year, meaning that there isn't a lot of demand for catalog games. Electronic Arts (EA 1.77%) published 36 games in 2011. That number dove to 13 last year. And in 2014 EA expects to focus all of its development and marketing energy on just 11 games.

The same trend is hitting Activision Blizzard (NASDAQ: ATVI), which collected 83% of its revenue last year from just four franchises: Skylanders, Diablo, World of Warcraft, and Call of Duty. In an industry dominated by just a few, high-performing titles, even a deep catalog of prior-year games won't put a dent in the retail market.

Digital is already here
And let's not forget that digital gaming downloads are already a huge force in gaming. Sales from digital channels made up 60% of Activision's revenue last quarter and 65% of EA's business. 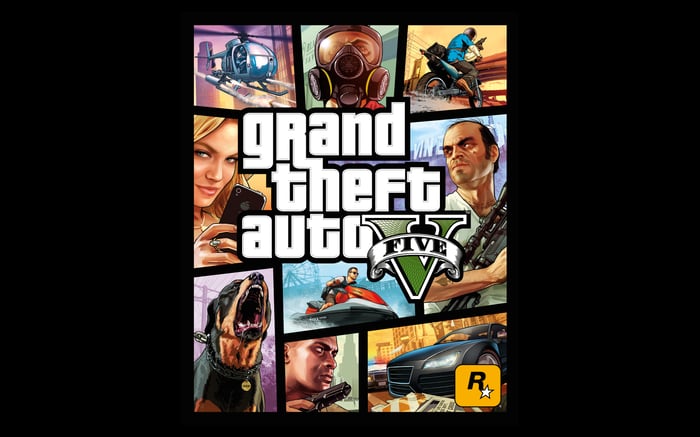 But those wins didn't seem to hurt GameStop, which posted a 20% rise in revenue last quarter -- its strongest result since 2008 -- thanks to sales of the hit Grand Theft Auto V game and popular hardware like Nintendo's 2DS and 3DS. Rather than killing GameStop's business, the rise in digital spending seems to be complementing its model just fine.

GameStop's other businesses
That's partly because GameStop isn't just a video-game retailer anymore. The company has added a solid digital business to its portfolio and is also selling previously owned mobile devices such as smartphones and tablets. Through the first nine months of 2013, those business lines accounted for almost 20% of GameStop's revenue and profit.

That evolution away from a pure gaming focus continued last quarter, as GameStop completed two new corporate acquisitions. It bought Spring Mobile to gain a foothold in the wireless business, and it purchased Simply Mac, a provider of Apple technology solutions.

Foolish bottom line
We still don't know many of the important details about the PlayStation Now service, including its price, its library, and its technical ability to seamlessly stream games that require zero latency. Still, even if Sony manages to pull off an affordable service that delivers a deep catalog of games with no buffering delay, it won't be the GameStop killer that some investors fear.