Microsoft could turn to Swedish networking specialist Ericsson in its search for a new CEO according to a Bloomberg report. Does that idea make any sense?

Microsoft (MSFT -2.36%) is struggling to find its next CEO. And that's a serious problem. Microsoft stock has largely trailed the Dow Jones Industrial Average (^DJI -0.38%) since the CEO search began, and investor returns for this stock tend to follow the search for top talent. Shares of the software giant have jumped and slumped on rumors that a top candidate might be available for the job -- or not. 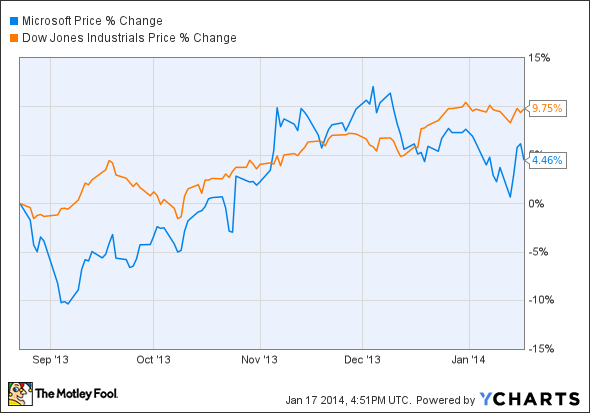 Microsoft looks likely to run with an internal promotion in the end, but a Bloomberg report points to a surprising new name in the mix.

Will Hans Vestberg be Microsoft's next CEO? Source: Ericsson.

Vestberg would certainly be an interesting choice. Rising from the CFO position, one of Vestberg's first actions as CEO of Ericsson was to unload the company's handset interests to Sony-Ericsson joint venture partner Sony (SONY -0.71%). Ericsson's networking equipment sales have been supplemented with a large dose of service contracts, often without any ties to Ericsson hardware at all.

He's a big believer in broadband Internet connectivity, especially of the mobile kind. But given the way he hung up on the Sony collaboration, he doesn't seem too interested in the consumer-facing side of these trends.

Bringing that mind-set to Microsoft would definitely shake things up. Replacing the current slate of big license fees with a new focus on support and service contracts would move Microsoft closer to archrival Red Hat (RHT). The Linux vendor often gives its software away for free but supplements that with world-class (and high-priced) support agreements. This antithesis to Microsoft's point of view is now a proven business model, and Red Hat shares have absolutely crushed Microsoft's returns over the last five years. 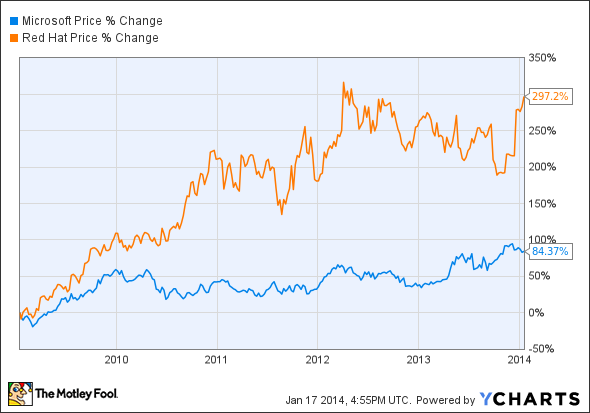 Now, Vestberg would be an interesting and even healthy choice for Microsoft, but that doesn't mean he's a lock for the position. Microsoft's board of directors might not be comfortable with the radically different business vision Vestberg would bring to the table. Lifting a Microsoft insider to the CEO spot would be a much easier choice for Redmond -- whether it's the right idea or not.

I'd be delighted to see Hans Vestberg take the reins at Microsoft, but it would be a shocking choice, to say the least. Add Microsoft to your Foolish watchlist to keep up with the CEO search, but don't expect anything other than an insider promotion to preserve the status quo at the end of the day.

Fool contributor Anders Bylund has no position in any stocks mentioned. The Motley Fool owns shares of Microsoft.  We Fools may not all hold the same opinions, but we all believe that considering a diverse range of insights makes us better investors. The Motley Fool has a disclosure policy.