The Dow has recovered from its worst levels in recent weeks, but Cisco was the only stock not to rise yesterday. Find out why Cisco's report could move the market on Thursday.

The Dow Jones Industrials (^DJI) have kept investors on their toes lately, with multiple triple-digit moves in both directions over the past several weeks that have led many to fear the end of the bull market. Although earnings season is largely over, Cisco Systems (CSCO -0.84%) will weigh in with its quarterly report later today. What the networking giant says about its future prospects could provide the answer to one more key question about the Dow's ability to continue its five-year bull-market run.

Cisco will release its earnings report after the market closes this afternoon, with investors expecting to see results shortly after 4 p.m. EST. The company will follow up the release with a conference call scheduled to begin at 4:30 p.m. EST.

Cisco has a lot at stake in this afternoon's report, as the company has struggled lately to keep its revenue levels up. Cisco warned in November that it would likely see a massive sales decline of between 8% and 10% for the fiscal second quarter being reported today, and investors are bracing for a similar drop in earnings per share that could once again raise questions about the tech company's growth trajectory. Cisco is far from the only company in the industry that is facing revenue pressure, as stagnant sales have been a hallmark of the latest quarterly results both within and outside the tech sector. IBM (IBM -0.16%), for instance, disappointed shareholders with its falling revenue, even though it managed to boost earnings per share from year-ago levels. 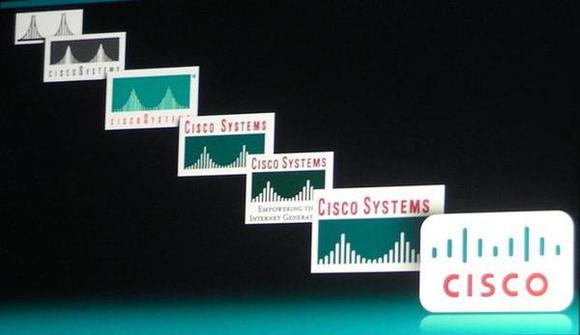 Yet the thing about Cisco that is sometimes refreshing -- and sometimes frustrating -- is that CEO John Chambers is never afraid to tell it like he sees it. Even when he expects future problems, Chambers isn't one to sugarcoat bad news. Moreover, even though Cisco has a tendency to manage outside expectations and find ways to come out with technical earnings beats by a penny or two per share, the company doesn't do such a good job that the results are a foregone conclusion. That makes it possible for astute investors to gain some insight both from what Cisco says about its business and the state of the broader industry, as well as from what the company doesn't say.

Any new information that Cisco gives about the state of the tech industry in 2014 could have an impact on technology stocks both inside the Dow and beyond. That in turn could move markets, especially if the news is contrary to some of the more benign signs we've seen pointing toward a stronger economic recovery in the future.

Dan Caplinger has no position in any stocks mentioned. The Motley Fool recommends Cisco Systems. The Motley Fool owns shares of International Business Machines. We Fools may not all hold the same opinions, but we all believe that considering a diverse range of insights makes us better investors. The Motley Fool has a disclosure policy.