Please ensure Javascript is enabled for purposes of website accessibility
Log In Help Join The Motley Fool
Free Article Join Over 1 Million Premium Members And Get More In-Depth Stock Guidance and Research
By Tim Beyers - Feb 15, 2014 at 7:45AM

A nice run for the survival horror genre continues in zombie video games “Dying Light” and “The Evil Within.” 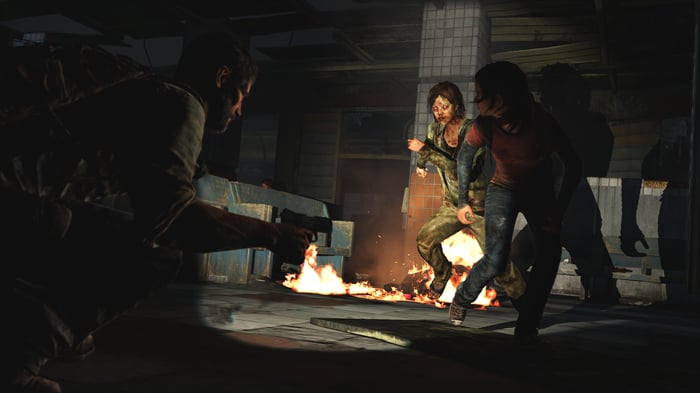 The Last of Us won big at this year's D.I.C.E. awards. Source: Naughty Dog.

I'm awful at haunted houses. Jump out at me in a scary outfit and makeup, and I'm as likely to punch you as hard as I can than to run. The primordial coding we call the "fight-or-flight" reflex forces me to swing in a stupid, silly panic, and it almost never ends well -- which, in a nutshell, is why I rarely play zombie video games.

Why mention this? First, so you know why I tapped my friend Justin Cavender from Geek Legacy for his expertise. And second, because the survival horror game genre continues to thrill most players. Don't take my word for it. Here's a list of wins for The Last of Us at this year's D.I.C.E. awards, the Oscars of the video game industry:

Sony (SONY 1.22%) published The Last of Us in June and saw it quickly rise to the top of the charts. In fact, the game enjoyed the second-largest debut of 2013. Only Take-Two Interactive (TTWO -2.63%) did better with Grand Theft Auto V's billion-dollar opening week.

And yet, interestingly, The Last of Us isn't really a zombie title. Sure, zombie-like creatures exist in the game world -- victims of a spore-like virus -- but there are plenty of human enemies as well. The only uniting feature is the post-apocalyptic setting common to most modern horror games.

Enough with the wasteland -- show me the brain eaters!
So games where the presence of zombies is the defining feature are, pardon the phrasing, dead? Not exactly. Cavender says that Telltale Games' adaptation of The Walking Dead, a 2012 Game of the Year winner at Spike's Video Game Awards, remains popular.

That game "kind of changed the way we want to see a story told and it hit a lot of people in a lot of ways," he says, referring to the game's unusual mechanics. Telltale's The Walking Dead isn't a shooter so much as a third-person graphic adventure where choices (rather than a controller) determine outcomes. 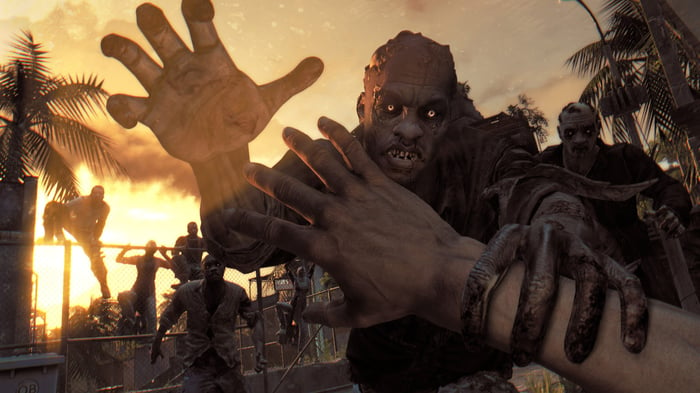 The first-person zombie thriller Dying Light releases this year, and could bring back the "zombie shooter." Source: Techland.

Fortunately, The Walking Dead isn't the only option for those who just want to destroy zombies. Cavender also cites Outlast, Left for Dead 2, and Dead Rising 3 for Xbox One as existing titles that deliver for fans of the genre. Yet all three might pale compared to a new Techland game called Dying Light.

Time Warner's (TWX) Interactive group is set to publish the title as early as March 31, though a quick check of Best Buy's online store suggests players will have to wait till May to get their hands on a copy. Cavender calls Dying Light one of two zombie games to watch in 2014.

"The game actually uses a time mechanic, where during the day things are a little more on the calm side and you're able to get around a bit easier -- yeah, [the zombies] are still dangerous if you get close but you have more options. Whereas, when the sun goes down, the zombies get more aggressive and the big baddies come out to play," he says.

His other pick? The Evil Within, due in August from Tango Gameworks and Bethesda Softworks and directed by legendary designer Shinji Mikami, creator of the Resident Evil series that inspired five successful films starring Milla Jovovich. (All told, they've grossed $915.9 billion worldwide as of this writing, Box Office Mojo reports.)

"I watched the 12-minute gameplay footage from the prologue, like when the game first begins, and it was just terrifying," Cavender says. "The game has intense gore, violence, buckets of blood ... it'll whet your whistle if you're into survival horror."

Judging by the performance of The Last of Us, a number of gamers are -- even if I'm not among them.

Now it's your turn to weigh in. What are your favorite zombie video games? Do you like Cavender's picks, and the studios behind them? Leave a comment in the box below to let us know where you stand.

Tim Beyers is a member of the Motley Fool Rule Breakers stock-picking team and the Motley Fool Supernova Odyssey I mission. He owned shares of Time Warner at the time of publication. Check out Tim's Web home and portfolio holdings, or connect with him on Google+, Tumblr, or Twitter, where he goes by @milehighfool. You can also get his insights delivered directly to your RSS reader.

The Motley Fool recommends Take-Two Interactive. Try any of our Foolish newsletter services free for 30 days. We Fools don't all hold the same opinions, but we all believe that considering a diverse range of insights makes us better investors. The Motley Fool has a disclosure policy.