After a solid earnings report, shares of Discovery plunged over 5%, presenting investors with a chance to own a high quality content creator with great long-term growth prospects.

Discovery Communications (DISC.A) reported earnings recently and the results were mostly impressive. The report indicated that the company's unique approach to content continues to work well and its international expansion strategy remains viable. However, shares of Discovery dropped by approximately 5% after the report, presenting an opportunity for long-term investors seeking top-tier growth in the media sector. 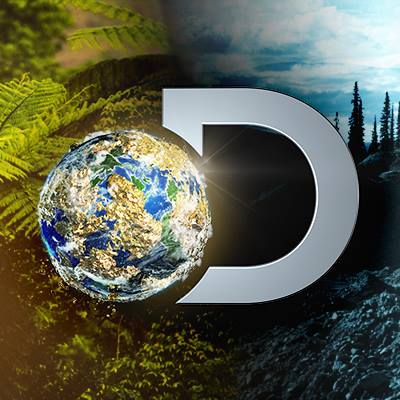 Solid earnings report
Despite the market's immediate negative reaction, Discovery Communications reported a very solid quarter. On a year-over-year basis, the company grew its fourth-quarter revenue 28% to $1.537 billion, up $337 million from 2012's comparable quarter. Even more impressive was the company's diluted EPS growth, which increased 32.7% to $0.81; this was up from $0.61 in the fourth quarter of last year.

Full-year results for Discovery Communications were impressive as well. Total revenue for 2013 increased 23% to $5.53 billion and net income increased 14% to $1.075 billion. Additionally, the company repurchased 18.1 million shares of stock in 2013, worth approximately $1.3 billion.

Discovery Communications President and Chief Executive Officer David Zaslav explained that "Discovery's strong 2013 results reflect the additional market share we are capturing around the globe as we further invest in our diverse content portfolio and capitalize on the growth opportunities available across the unmatched worldwide distribution platform we have developed."

Unique content
Part of the reason Discovery is growing so well is the unique nature of its content. By focusing primarily on the nonfiction docudrama segment with popular shows like Deadliest Catch, Fast N' Loud and Gold Rush, Discovery has cemented its reputation as the leader in specific content genres. Shows like Gold Rush, already well into its fourth season, remain as popular as ever.

Similar to the smaller but equally effective content creator Scripps Networks Interactive (SNI), Discovery's networks have very few direct competitors. This gives the company an edge in the media landscape. Not only can Discovery bundle its incredibly strong networks with its weaker ones (providing the company with leverage when negotiating with cable companies), it can also easily format many of its popular programs like nature shows for international audiences.

In addition to growing the company's reach through the introduction of programs in Latin America and Australia, management at Discovery has also been expanding its content offerings over the last year. The company recently took a controlling interest in French sports network Eurosport International and acquired the SBS Nordic operations, including 12 television channels, from ProSiebenSat1 Group.

The data in the table above illustrates just how robust Discovery's projected 2014 growth is compared to competitors. The company is expected to lead Scripps Networks and Time Warner by a wide margin in terms of both revenue and EPS growth.

Although Discovery currently trades at the highest forward valuation multiple in the group, investors are not being asked to pay too much of a premium. The company's future 12-month P/E ratio of 20.36 is only slightly more expensive than Scripps Networks' 18.79. Time Warner is the cheapest company by far with a forward P/E of 14.3, which is to be expected considering the company's lethargic growth compared to its peers.

A natural investment
Discovery remains a unique investment in the media landscape. The company's focus on nature programs and nonfiction drama means that its signature networks have few direct competitors. Additionally, the broad appeal of these shows means that the company can easily repackage a majority of its shows for international audiences.

As management continues to expand the reach of Discovery through acquisition of international networks, the company's popular networks should only strengthen in appeal. Accordingly, continued growth for the media giant seems likely. This makes Discovery Communications a natural choice for long-term investors.

Philip Saglimbeni has no position in any stocks mentioned. The Motley Fool recommends Scripps Networks Interactive. We Fools may not all hold the same opinions, but we all believe that considering a diverse range of insights makes us better investors. The Motley Fool has a disclosure policy.