Microsoft may soon allow Android apps to run on Windows Phone, a move that could ultimately leave its mobile OS further behind the pack.

Rumors are spreading that Microsoft (MSFT 6.16%) is considering the possibility of letting Android apps run on Windows Phone -- and investors should take note. Microsoft has been throwing everything it can at its mobile OS to see what sticks, and so far, not much has. The company lacks the developer interest and sheer number of apps to make serious gains in the market. The new approach may be exactly what the company needs to boost Windows Phone -- or it could be the worst thing to happen to the OS. 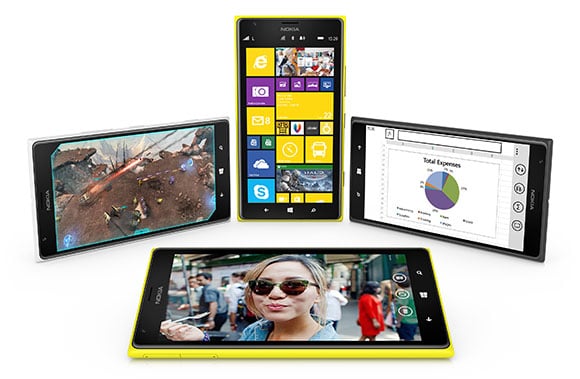 Keep your friends close, and your enemies closer
Right now, Windows Phones made up just 3% of worldwide smartphone shipments in Q4 2014, while Android took 78.1% and Apple (AAPL 4.86%) took 17.6%. What's notable is that according to IDC, Windows Phone increased its shipments by about 47% from Q4 2012 to Q4 2013. So even after the increase, Microsoft is still far behind the competition.

These numbers aren't new to tech investors, but they are a good reminder of what's at stake. Microsoft knows how far behind it is, and the company needs something to make more progress.

In the past, Microsoft has paid developers to make apps for its Windows Phone platform, and there's even talk that it's going to drop the licensing fee for the OS, as an incentive for phone makers to release devices with the platform.

One benefit of adding Android apps to Windows Phone is that it would close the gap of apps between the Microsoft platform and Android and iOS. It's no secret that there are hundreds of thousands more apps for iOS and Android than there are for Windows Phone. But the lack of apps isn't exactly the whole picture. It's a fact that developers favor releasing apps first for iOS and Android, and then, if they have time, for Windows Phone. It's that third-billing that may leave consumers wondering why they purchase a device that won't have the next big app, while everyone else has it.

The quality of high-end device cameras, screens, processors, etc. is nearly the same these days. The differentiating factor is what you can do with the hardware -- and you need great apps for that.

Bet on your own horse
Something seems fundamentally wrong with relying on Android apps to beef up Windows Phone. While it may make sense on the surface, if Microsoft makes this move, it's a bit like betting on someone else's horse when you already have your own in the race. Not to mention that BlackBerry tried this same thing and failed. Microsoft is in a much better position than BlackBerry of course, but some of the desperation feels the same.

Google (GOOGL 6.09%) and Apple have built their mobile business around ecosystems, and allowing Android apps on Windows Phone is not that same business model. Microsoft would still use its own app store, but it allow Android apps into it that work with its phones.

That means Microsoft wouldn't have the same control over its own store that Google and Apple have over their stores, and it wouldn't be able to make money from it the same way. Apple and Google have created a system where consumers and developers benefit from each other in the app store. But if Android apps infiltrate the Windows Phone store, Microsoft would be like a middleman exchanging Android apps between developers and consumers, but with no real relationship with either.

Compare that to Apple's 575 million iTunes accounts. Those are concrete relationships the company has with its users that it took years to build up, and that Apple can use for things like a mobile payment system.

Foolish final thoughts
Let's play this scenario out of a minute. In its next version of Windows Phone, Microsoft allows a large amount of Android apps onto its phones. The company can't make money directly off of the apps because they're technically not made for its app store. Microsoft also doesn't have the same relationship with those that download it because they're technically Google Play customers. Developers completely forget about Windows Phone because, why make an app specifically for the OS when you can make one for Android that will run on Windows Phone as well?

So, the Microsoft OS slowly becomes a place where Google Android apps are used, and eventually, no one knows why Windows Phone even exists, because you can just get an Android device.

Also, where does Android fit into the One Microsoft idea that former Microsoft Steve Ballmer set into place? Then again, maybe Microsoft knows exactly what it's doing in mobile. Maybe running a competitor's apps is the best way to build a unique platform and ecosystem, but I certainly don't see it.

Fool contributor Chris Neiger has no position in any stocks mentioned. The Motley Fool recommends Apple and Google. The Motley Fool owns shares of Apple, Google, and Microsoft. We Fools may not all hold the same opinions, but we all believe that considering a diverse range of insights makes us better investors. The Motley Fool has a disclosure policy.