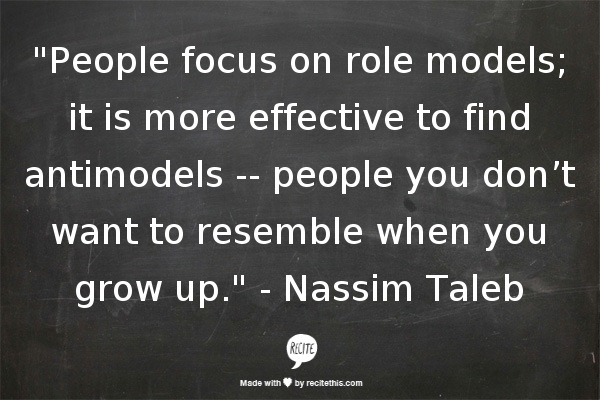 I made my worst investment seven years ago.

The housing market was crumbling, and a smart value investor I idolized began purchasing shares in a small, battered specialty lender. I didn't know anything about the company, but I followed him anyway, buying shares myself. It became my largest holding -- which was unfortunate when the company went bankrupt less than a year later.

Only later did I learn the full story. As part of his investment, the guru I followed also controlled a large portion of the company's debt and and preferred stock, purchased at special terms that effectively gave him control over its assets when it went out of business. The company's stock also made up one-fifth the weighting in his portfolio as it did in mine. I lost everything. He made a decent investment.

The silver lining is that I learned my lesson. I will never make this mistake again. Experiencing it made me a better investor.

But so many other investors made this mistake before I did. There is a graveyard of investors like me who got burned by blindly following legendary investors without knowing why those legends invested in the first place. Wouldn't it have been great if I learned from their errors, rather than experiencing the loss myself? I made this mistake in my early 20s. Every dollar I lost is a dollar that won't compound for the rest of my life. By the time I retire, this blunder may easily cost me $1 million.

Capitalism is all about making, and learning from, mistakes. Jeff Stibel, CEO of Dun & Bradstreet Credibility Corp., made this point well in Megan McArdle's new book, The Up Side of Down. "The brain is a failure machine," he said. "When you're born, you have about all the neurons you'll ever have. When you're four, you have pretty much all the connections between those neurons you'll ever have. Then the brain starts pruning. The brain starts shrinking. You're actually learning by failure."

But there's no rule that says you have to learn by failing yourself. It is far better to learn vicariously from other people's mistakes than suffer through them on your own.

At a conference years ago, a young teen asked Charlie Munger how to succeed in life. "Don't do cocaine, don't race trains to the track, and avoid all AIDS situations," Munger said. Which is to say: Success is less about making great decisions and more about avoiding really bad ones.

If it were up to me, I would replace every book called How to Invest Like Warren Buffett with a one called How to Not Invest Like Lehman Brothers, Long-Term Capital Management, and Jesse Livermore. There are so many lessons to learn from these failed investors about situations most of us will face, like how quickly debt can ruin you. I'm a fan of learning from Buffett, but the truth is most of us can't devote as much time to investing as he can. The biggest risk you face as an investor isn't that you'll fail to be Warren Buffett; it's that you'll end up as Lehman Brothers. So why wouldn't you try to learn more from the latter?

Focusing on failed investors over the years has taught me a few valuable lessons.

1. The overwhelming majority of financial problems are caused by debt, impatience, and insecurity.
People want to fit in and impress other people, and they want it right now. So they borrow money to live a lifestyle they can't afford. Then they hit the inevitable speed bump, and they find themselves over their heads and out of control. That simple story sums up most financial problems in the world. Stop trying to impress people who don't care about you anyways, spend less than you earn, and invest the rest for the long run. You'll beat 99% of people financially.

2. Complexity kills.
You can make a lot of money in finance, so the industry attracted some really brilliant people. Those brilliant people naturally tried to make finance more like their native fields of physics, math, and engineering, so finance has grown exponentially more complex in the last two decades. For most, that's been a disservice. I think the evidence is overwhelming that simple investments like index funds and common stocks will demolish complicated ones like derivatives and leveraged ETFs. There are two big stories in the news this morning: One is about how the University of California system is losing more than $100 million on a complicated interest rate swap trade. The other is about how Warren Buffett quintupled his money buying a farm in Nebraska. Simple investments usually win.

3. So does panic.
In his book Deep Survival, Laurence Gonzalez chronicles how some people managed to survive plane crashes, getting stranded on boats, and being stuck in blizzards while their peers perished. The common denominator is simple: The survivors didn't panic. It's the same in investing. I've seen people make a lifetime of good financial decisions only to blow it all during a market panic like we saw in 2008. Any financial decision you make with an elevated heart rate is probably going to be one you'll regret. Napoleon's definition of a military genius was "the man who can do the average thing when all those around him are going crazy." It's the same in investing.