The past few months have been brutal for the East Coast, but historically notable storms haven't slowed economic growth, so there's little reason to worry about a weather-driven downturn.

If there's been a theme to recent economic data, it can be boiled down to this: "the weather sucked." An abnormally snowy winter has been blamed for everything from poor hiring growth to weak retail sales. The more investors can use bad weather as a scapegoat for poor economic performances, the easier it becomes to ignore those performances and push market indexes to new highs. Indeed, that's exactly what's been happening in 2014: 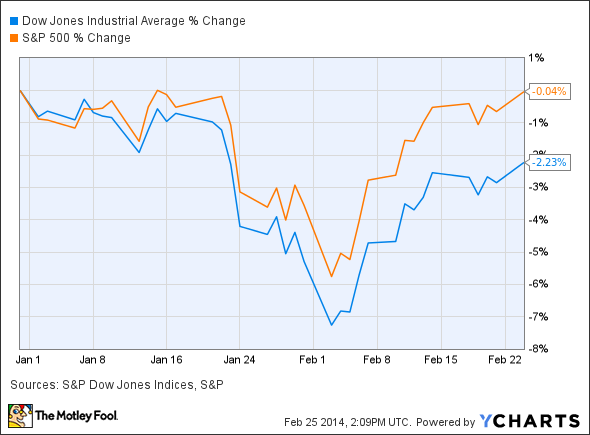 This season's wicked weather has taken a serious toll on the country, as residents of Atlanta suffered the same blizzard conditions as New Yorkers. Already, more than 175,000 insurance claims accounting for $1.5 billion in damage have been paid out for wintry damage, making this year one of the worst since 1993's "Storm of the Century." But does that mean that the economy will continue to limp forward? Let's take a look at some other particularly miserable winters of the 20th and 21st centuries to find out how damaging a bad winter can really be to the American economy.

2010: Snowmageddon
We don't have to reach too far back in time to find another tough winter, as plenty of people in the mid-Atlantic will remember digging their cars out of deep snowdrifts four years ago. "Snowmageddon," as it was called, was only one of several major snowstorms of the 2009-2010 winter season.

You might think that its arrival, so soon after the American economy officially exited a recession, would tamp down growth, but that's not exactly what happened -- nationwide retail sales didn't suffer a month-over-month decline from October 2009 to May 2010, although month-over-month sales were flat in January as the mid-Atlantic dug itself out. However, the unemployment rate had peaked in November 2009, and the total number of unemployed people would peak in April 2010, as there was no significant positive change in the national employment picture until spring arrived. The stock market had a very similar reaction to bad weather in 2010 as it did earlier this year, with the Dow and S&P 500 plunging at the start of the year before beginning a recovery in February: 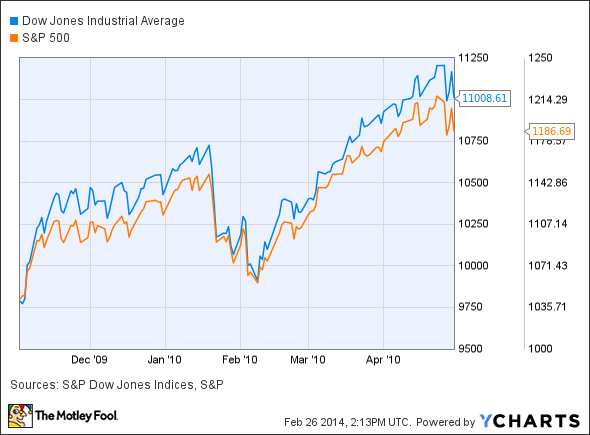 The indexes finished 2010 with gains of roughly 10% each.

1993: Storm of the Century
This was Snowmageddon before we knew what Snowmageddon was. According to the National Weather Service, it "was more significant than most landfalling hurricanes or tornado outbreaks and ranks among the deadliest and most costly weather events of the 20th century." Nearly 40% of the entire U.S. population felt the effects of the Storm of the Century, which dumped snow from Florida to Canada and knocked out power for more than 10 million people.

Retail sales remained weak on a month-over-month basis for nearly a year, as the Census Bureau recorded month-over-month declines in February, March, June, and August 1993, with the only bright spot showing in April as American consumers dug themselves out to spend 2.6% more than they had during the month of the superstorm. Unemployment, which had peaked in mid-1992, actually rose from March to April and remained elevated for another month before resuming its decline in June. (There were more unemployed people counted in May than there were in March.)

The market did not respond to the superstorm the same way it responded to Snowmageddon almost two decades later. The indexes did suffer another early fall in February, much like the one we've seen this year and in 2010, but the superstorm came and went with no notable impact: 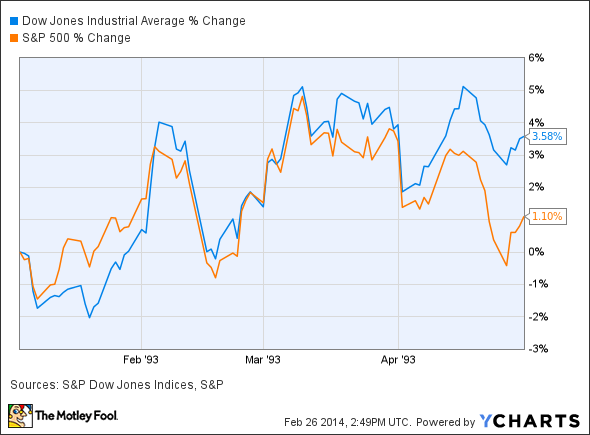 1978: Blizzard(s) of '78
Old-timers remember 1978 the way today's 20- and 30-somethings might remember 1993. It was a historic year for bad weather, as two monster blizzards hit northern states within a two-week stretch.

The first, the "Cleveland Superbomb," pounded the Great Lakes region in late January. Howling winds of up to 100 mph (the 1993 storm later matched or exceeded this speed in some places) whipped accumulations of anywhere from 1 to 3 feet of snow into massive snowdrifts that buried homes and cars and shut down the entire Ohio Turnpike for the first time in history.

The next major blizzard, the less-impressively named "Blizzard of '78," swept through New England, New York, and New Jersey less than two weeks after the explosion of the Cleveland Superbomb. Major cities from Massachusetts to New Jersey received record levels of snow, the New York City school system closed (it would only close once more between the time of this storm and 1996), and damages reached nearly $2 billion in inflation-adjusted terms.

Nationwide retail sales for January 1978 dipped 3% from December's results, as might be expected, but were 8% higher than sales from January 1977. February's sales came in 1% ahead of January's, and the retail environment continued to post strong growth on a dollar basis throughout the year. Unemployment figures remained largely unchanged from December 1977 to March 1978 -- the unemployment rate ticked down by only 0.1% and there were only 49,000 fewer unemployed people in March than there were the previous December -- but they didn't change much in the months that followed, either.

Since 1978 was the tail end of a stagflationary decade, it is likely that the weak economy would have been weak no matter the weather.The lack of real economic damage seems to support this thought, and if the blizzards hurt the market, that doesn't show up on index performances. Both the Dow and S&P fell from the start of the year and remained flat for a couple of weeks until after the storms passed: 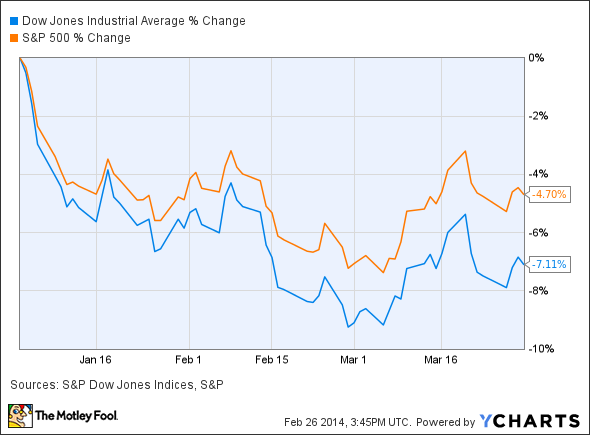 Bad weather? S(no)w problem!
As you can see, the impact of particularly bad winters has not been enough to keep America's economy down these past few decades. As more data rolls in, it should become increasingly apparent that one of two things happened over the past few months: either we've weathered the weather and are getting back to normal, or there's something more broadly wrong with the economy. Thus far, the former seems more likely, but it may take another month or two to fully understand what's happened and where we're going from here.