Please ensure Javascript is enabled for purposes of website accessibility
Log In Help Join The Motley Fool
Free Article Join Over 1 Million Premium Members And Get More In-Depth Stock Guidance and Research
By Demitri Kalogeropoulos - Feb 27, 2014 at 9:00AM

Why Tesla, Best Buy, and Kohl's stocks are on the move today.

Investors can expect a weak start to the stock market today, as the Dow Jones Industrial Average (^DJI 0.60%) is down one point in pre-market trading. Stocks may take their starting cues from Europe, where markets fell by more than 1% overnight as tensions increased in Ukraine.

The economic calendar is light today, but stocks could react to fresh comments from Federal Reserve Chairwoman Janet Yellen, who is scheduled to testify to a congressional committee about her views on the economy and the Fed's monetary policy. That session is scheduled to begin at 10 a.m. EST.

Tesla stock appears set for another strong day. The company last night released details on its plans to build a massive factory for cranking out the batteries that power its electric cars. If everything goes according to plan, the "gigafactory" should dramatically increase the global supply of lithium ion batteries and reduce battery pack costs per kilowatt hour by as much as 30% by the time Tesla starts selling its third-generation vehicle in 2017. But it won't come cheap: Tesla expects to chip in $2 billion of the expected $5 billion tab, with the remainder coming from battery producers. Tesla's stock is up 3.7% in pre-market trading. 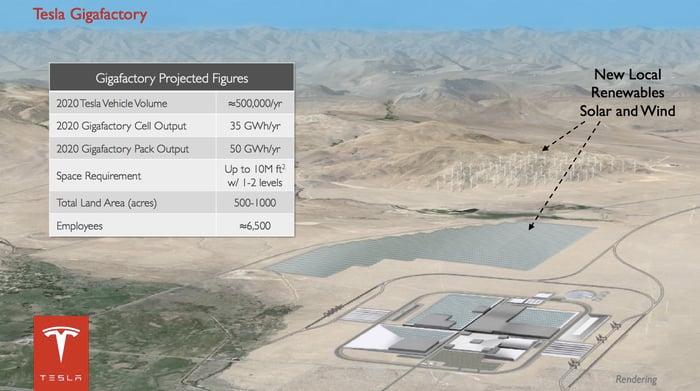 Best Buy this morning posted fourth-quarter earnings results that included a larger than expected drop in sales to $14.5 billion. Revenue at existing stores shrunk by 1.2% thanks to falling customer traffic levels and a weak consumer electronics market. As the retailer warned last month, its aggressive promotions cut into profitability, but not as much as many investors had feared. Earnings came in at $1.24 in the quarter, well ahead of the $1.01 that Wall Street predicted. Best Buy's stock is up 7.2% in pre-market trading.

Finally, Kohl's today met Wall Street's expectations by posting a 4% drop in quarterly sales to $6.1 billion. The retailer's earnings, at $1.54 a share, came in slightly above estimates. Kohl's had a mixed holiday quarter: comparable-store sales shrunk by 2% but gross margin improved by 0.7 percentage points to 34%. The company forecast a slight sales improvement in 2014, along with a roughly 5% gain in profit. Kohl's stock has risen 1.2% in pre-market trading.