The Dow Jones today is continuing its relentless surge higher. 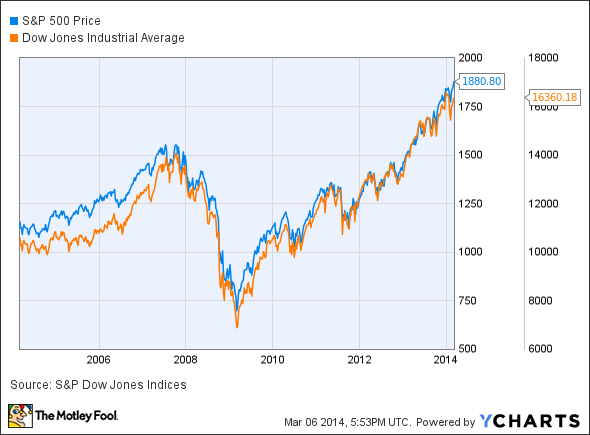 Initial unemployment claims dropped by 26,000 to 323,000 for the week ended March 1, while the less volatile four-week moving average fell just 2,000 to 336,500. While the media love to follow the unemployment figure as it fluctuates a lot, making for good headlines, the basic story has been unchanged the past five years. The economy is slowly getting better, unemployment claims are slowly dropping, and the economy is adding 180,000-200,000 jobs a month. 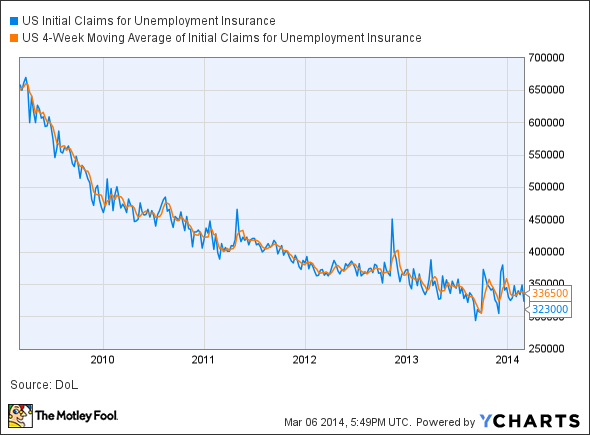 That said, the terrible winter in the U.S. appears to have slowed the jobs market. Yesterday, the Automatic Data Processing private-sector jobs report and the Institute for Supply Management services employment index both came in well below analyst expectations. We get more data tomorrow when the Labor Department announces its February nonfarm payrolls report. Economists expect the government to report the economy added 140,000 jobs last month, up from 113,000 jobs added in January. We will also get the revised January number which should provide a clearer picture of trends in the jobs market.

Your investment strategy shouldn't depend on the latest economic releases. The story remains the same. The economy continues to slowly grow, the jobs market is slowly getting healthier, and the market is still overvalued. I'm holding some extra cash, continuing to educate myself, find great companies, and invest for the long term.

2 Hot SaaS Stocks Just Reported Earnings, but Only This One Is Soaring