Certain brands always seem to hang around despite no longer facing hugely popular demand. One such brand is Columbia Sportswear (NASDAQ:COLM). The maker of active outdoor apparel, footwear, and accessories has proven brand recognition among its target audience, along with a rich family history.

However, recent results indicate that the Columbia Sportswear brand is gaining popularity. In many ways, the outdoors brand seems like an ideal candidate for a takeover. The company would fit perfectly into the large and diverse brand portfolio of VF (NYSE:VFC). 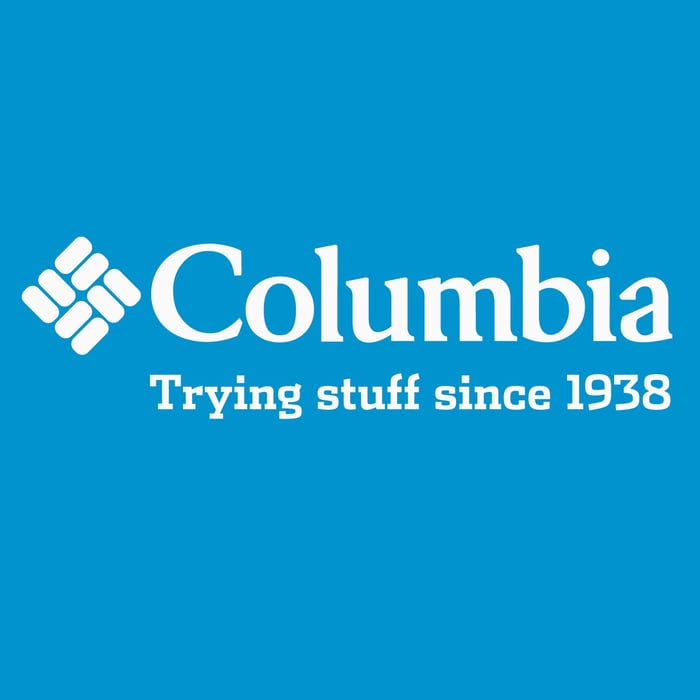 Increasing brand strength
Results from Columbia Sportswear's most recent earnings report indicate that the company is on something of a hot streak lately. In the midst of a polar vortex, savvy investors might have anticipated strong results from a company that sells vast amounts of outdoor apparel/gear specifically designed for cold weather conditions. However, company management hinted that the better-than- expected results were part of a greater trend at Columbia Sportswear.

Columbia Sportswear President and Chief Executive Officer Tim Boyle explained in the company's news release: "2013 concluded with strong sales momentum. Increased consumer demand that became evident across our U.S. direct-to-consumer platform during the third quarter, well before seasonal weather arrived, has sustained through the fourth quarter of 2013 and into the first quarter of 2014."

The company is currently projecting net sales growth of 15%-17% in 2014 on a year-over-year basis. Management expects strength in the company's direct-to-consumer and wholesale segments as well as increased sales from its recent China expansion.

A good fit
One look at VF's robust brand lineup and it becomes clear that the company is increasingly focused on the active-outdoor apparel/footwear/accessories segment. The company's most popular brands like The North Face and Timberland are very similar to Columbia Sportswear. All three brands target active consumers with a propensity for exploration and inclement weather conditions.

However, even VF's lesser-know brands like Jansport and Eastpak, both of which specialize in traveling gear like backpacks and suitcases, draw heavy similarities to Columbia's travel product lines.

While the possibility of product overlap between VF's current outdoors brands and Columbia Sportswear does make a deal between the two seem a little unnecessary, the fact remains that Columbia Sportswear is exactly the kind of brand VF has acquired in the past.

What makes the possibility of a buyout even more likely is the nature of VF's growth. The large company has been expanding well over the years through a combination of organic growth and acquisitions.

Some of VF's most significant acquisitions over the years have been The North Face, Nautica, and most recently Timberland. For example, the company's acquisition of Timberland in 2011 was completed for $2.3 billion. The move added approximately $1.4 billion in revenue for VF.

Coincidentally, Columbia Sportswear is currently valued at a market capitalization of $2.9 billion, roughly $500 million of which is in cash. The company also generated approximately $1.7 billion in sales in 2013, similar to Timberland's sales the year before the acquisition.

Columbia Sportswear or The North Face? Hint: it's the former.

Bottom line
Columbia Sportswear just reported its best quarter ever and the best news is, unlike most other retailers of late, management is not blaming the weather! The company's overall brand seems to be in higher demand than usual.

This makes the relatively small Columbia Sportswear a prime buyout candidate for a growth-hungry and acquisition-friendly retail giant like VF.