Please ensure Javascript is enabled for purposes of website accessibility
Free Article Join Over 1 Million Premium Members And Get More In-Depth Stock Guidance and Research
By Anna B. Wroblewska - Mar 12, 2014 at 7:31AM

Off-balance sheet exposures could render your bank’s capital ratios meaningless. How do you adapt? 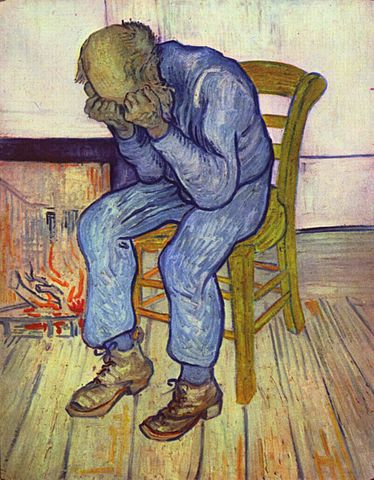 As I've discussed previously, banks have gotten onto the Tier 1 capital bandwagon and are boosting capital levels ahead of the new Fed-mandated schedule. The idea of strengthening the rules is really great -- there is evidence that higher Tier 1 can help see a bank through a crisis, which is something I imagine every financials investor probably thinks about these days.

As helpful as capital levels are, there is unfortunately an issue of relevant information. Tier 1 is essentially calculated by dividing the components of core Tier 1 capital by a bank's risk-weighted assets. Again, great idea -- except that asset levels are not always what they seem.

Hello, off-balance sheet assets
Banks are allowed to keep an enormous amount of information off the balance sheet. To give you an understanding of this, consider another proposed change to the Basel standard (since pulled back): A reporting requirement would have raised the total assets of the eight largest American banks from $10 trillion to about $17.5 trillion.

That means that as of today's standards, about $7.5 trillion in assets are floating around, but they aren't included on the balance sheets of these banks. We don't know what they are, where they are, or how risky they are.

This begs the question of how accurate Tier 1 really is -- including off-balance sheet assets could completely change the picture for measures of liquidity, capital, and exposure. How are you supposed to make informed decisions without this information?

Don't rely on Tier 1 -- or ANY -- single ratio For that matter
It just drives home that age-old wisdom about doing your homework. Tier 1 can give you a starting point for assessing certain kinds of risk, but it's far from comprehensive.

The fact is we have to invest with incomplete information, so be sure to use other measures and methods when looking at a bank's activities and risk factors. I personally like to analyze income sources because they tell you a lot about where a bank is focusing its resources. They can also give you an indication of a bank's exposure to the overall economy (there is evidence that non-interest income is more correlated to general economic movements than interest income).

For example, Citigroup ( C -1.65% ) and State Street ( STT -2.58% ) have comparable Common Equity Tier 1 ratios, at 10.5% and 10.1%, respectively. However, Citigroup is pulling down 66.5% of its revenue from net interest, versus State Street's 24%. Does that mean Citigroup is more conservative? Well... Citigroup's income from principal transactions rose 49% from 2012 to 2013, its realized gains on investments rose 77%, and, of course, Citigroup is a much larger bank, which you might also want to factor in to any analysis.

The point is that to really understand Citigroup's position on the spectrum of risk, you're going to have to keep asking questions and digging around until you find the answers. Like most things in life, there's just no quick fix, particularly when you become aware of how little information we actually have.

One piece of information is not the whole story
So don't let the triumphant reporting of Tier 1 capital ratios -- or any other ratio, for that matter -- lull you into believing that insolvency risk is a thing of the past. More importantly, remember that when it comes to the looming influence of off-balance sheet exposures, you are simply going to be in the dark until the rules change.