Several weeks ago, GNC (NYSE:GNC) disappointed the market with its fourth-quarter 2013 earnings. In doing so, the release also brought down Vitamin Shoppe's (NYSE:VSI) stock price by nearly 8% the following day. However, this past week, Vitamin Shoppe released earnings that were positive overall and the stock has rebounded since then.

What do Vitamin Shoppe's recent earnings really mean for investors?

The bigger headline from Vitamin Shoppe's earnings release was that the company reported its 20th consecutive year of positive same-store sales growth, as the statistic came in at 3.5%.

GNC's earnings were actually positive for the most part as revenue for the year rose 8.2% to $2.6 billion while net income hit $265 million. Some of the backlash received by the stock came because the fourth quarter was nearly flat in comparison with 2012's fourth quarter. Additionally, management lowered their 2014 outlook by calling for EPS of $3.18-$3.24. This was well below the $3.46 expected by analysts.

Vitamin Shoppe's edge over GNC
GNC is much larger than Vitamin Shoppe in unit count and scope. Vitamin Shoppe opened 52 new stores in 2013 and even acquired 31 Super Supplements stores. However, the company's current store count of 659 pales in comparison with GNC's 8,593 stores. Furthermore, Vitamin Shoppe's stores are nearly all located in the U.S., while GNC stores are in over 50 countries. 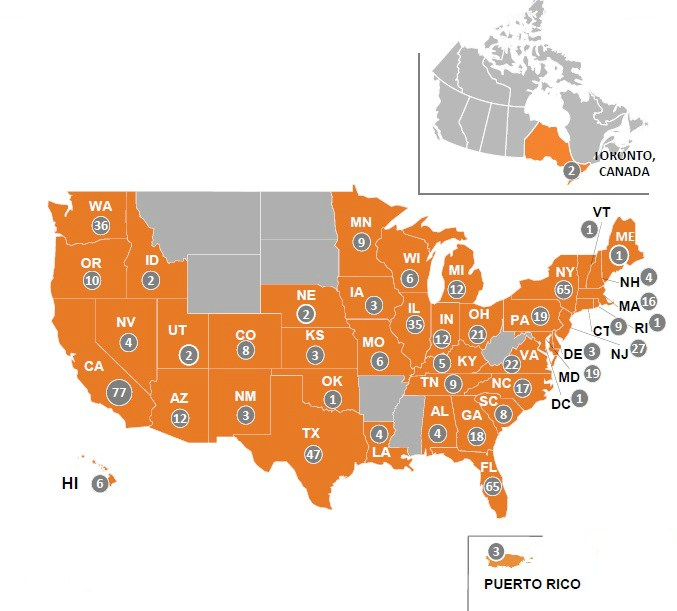 A recent study revealed that 23% of consumers would only buy online if the online retailer provided free shipping. Additionally, another study showed that almost nine out of 10 online shoppers abandon their online shopping carts, and shipping costs were one of the primary reasons for this.

Nevertheless, Vitamin Shoppe's biggest edge may simply be its membership program. GNC has recently modified its Gold Card program to allow customers to use their cards on any day of the year. However, the program still costs $15 per year.

In contrast, Vitamin Shoppe's Healthy Awards program is free and it is based on points that are built up over the course of the year through purchases. At the end of the year, the customer is able to convert those points to dollar amounts, up to a maximum of $540.

Big-box retailers continue to expand their supplement offerings as a search for sports nutrition products on the Wal-Mart website brings up over 1,050 results. Most grocery store chains' vitamin aisles have evolved to also include protein powders and other sports supplements.

On the recent news that vitamins are unnecessary
The $23.4 billion global vitamin industry was shaken a few months ago when a study in the Annals of Internal Medicine showed that multivitamins have little benefit. However, the study tried to correlate multivitamin use with the prevention of heart attacks, cancer, and genetic predisposition to diseases. Multivitamins have long been used instead to address nutritional deficiencies.

Furthermore, history favors supplement retailers. For a long time it was a mystery why scurvy occurred in sailors aboard ships. It was later discovered that the disease was due to a vitamin C deficiency. Pellagra became an epidemic in the early 20th century in the American South and it was believed to be contagious. Years later Dr. Joseph Goldberger discovered that the lack of the B vitamin, niacin, was the problem.

Bottom line
Future studies about whether multivitamins are necessary or unnecessary should not impact Vitamin Shoppe. Despite its name, just 11% of its overall sales are related to vitamins. When compared to its chief competitor, GNC, Vitamin Shoppe offers several advantages that include its growth potential, membership program, and online growth.

Going forward, management stated that they will include online sales figures in future earnings releases. Because companies usually volunteer to reveal positive earnings data, Vitamin Shoppe may be making a bigger impact online than the market originally thought.