Coca-Cola ( KO -0.29% ) CEO Muhtar Kent isn't making as much money as he used to. Kent's salary fell by 16% last year as the beverage giant failed to hit several performance targets that had been set by Coke's board of directors.

In the video below, Fool contributor Demitrios Kalogeropoulos discusses that underperformance, noting that Coke's beverage sales improved by just 2% for the year -- well below the company's long-run 3%-4% growth goal. But the broader metric that Coca-Cola failed to hit was shareholder return: Investors saw an effective return of 17% last year. The S&P 500, meanwhile, logged an almost 30% gain. 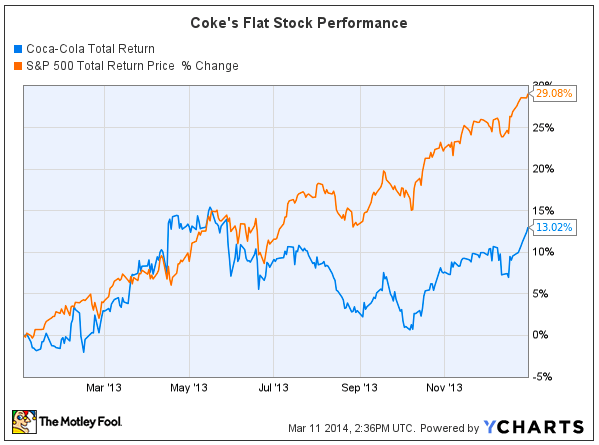 Still, the good news for investors is that Kent's pay package seems aligned with their interests, Demitrios argues, as it is dependent on long-run business performance and total shareholder returns.

)
This article represents the opinion of the writer, who may disagree with the “official” recommendation position of a Motley Fool premium advisory service. We’re motley! Questioning an investing thesis – even one of our own – helps us all think critically about investing and make decisions that help us become smarter, happier, and richer.