During a time of increasing concern over environmental degradation, many companies find themselves facing a difficult challenge: What role should they play as stewards of the environment? After all, they rely on natural resources for everything from energy to raw materials, so it seems they have a vested interest in the long-term health of the ecosystem. But, if they should play a role, the crux of the issue is to what extent they should utilize shareholder money.

For a multinational company like General Electric, it's a decades-old dilemma, and one that's been particularly vexing for its current CEO Jeff Immelt since he took the baton from Jack Welch in 2001. Going "green," at least at GE, has been anything but easy, but for reasons that might surprise you. The real challenge, so it seems, lies more in the communication than the implementation of "green" practices. And GE's experience could serve as a lesson for business leaders facing a similar dilemma. 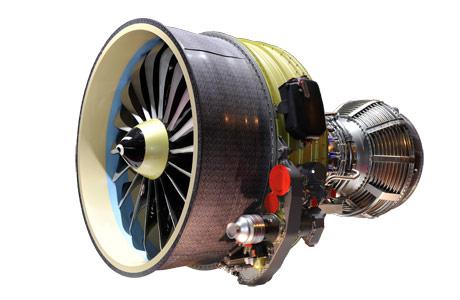 GE's LEAP engines, which the company claims will provide a 15% reduction in fuel consumption and CO2 emissions versus today's engines. Source: Safran.

A controversial conundrum
On the surface, the debate over the environment seems to boil down to the bottom line. In supporting environmental causes, are companies doing what's ultimately in the best interests of the owners of that business -- i.e., the shareholders?

Of course, in the modern-day business world that's an incredibly difficult question to answer, because of the complexity and geographical reach of international companies. And, complexity aside, it's not clear this is the main issue that truly rankles investors.

An interesting example occurred recently when tech giant Apple took a bold stance during its shareholder meeting on the dispute over using capital for conservation efforts. CEO Tim Cook claimed that when it comes to things like the environment, it doesn't boil down to "the bloody ROI." In other words, if Apple chooses to spend time and money on environmental causes, there's no guarantee of a return on that investment -- ROI -- for shareholders.

The statement set off a heated debate. Some outlets lauded Cook's response, while others countered by questioning his ability to raise the "bloody stock price."

The latter argument, a critical one written by the reputable NYU finance professor Aswath Damodoran, is particularly interesting, because it questions Cook's "green" spending on several levels: lack of transparency, lack of clear economic benefit, and lack of priorities given a lull in "'major' new products" at Apple.

But ultimately, Damodoran -- a longtime Apple shareholder -- appears more concerned about Tim Cook's tactics than his stance on the environment or transparency. He concludes the post by highlighting three "troubling things" regarding Cook's leadership, the last of which reads as follows:

[T]here is a hint of Messiah complex in Tim Cook's answer, a mix of hubris and elitism that he not only knows what's best for society and how Apple can deliver that benefit, but he can do so, without letting Apple stockholders be privy to the details.

Damodoran's not thrilled with Cook's decisions, but ultimately he's as critical of his style and tone as much as his strategy. All three of his concerns relate to Cook's communication more than anything else. Further, shareholders had the opportunity to require Apple to up the ante on disclosure, and 97% voted against the resolution recently.

While this is one isolated incident, it speaks volumes about where we stand on the environmental discussion today in corporate America. As a hot-button issue, it requires management to walk a delicate tightrope, and environmentally conscious leaders need to be up for the task. For another case in point, look no further than General Electric's experience in this arena.

GE gets scorched for its Earth-first agenda
GE's environmental track record has been scrutinized for practically as long as the company's been around. When the legendary CEO Jack Welch stepped out of the spotlight, in fact, GE was in the middle of a high-octane battle with the EPA and the state of New York over a decades-old chemical spill in the Hudson River. It's an incident that the company's worked to resolve ever since, and an illustration of how Jeff Immelt tried to clean up GE's image upon taking the helm.

Like the cleanup of the Hudson, however, GE's "green" initiative turned into a monumental undertaking. If you look at the sequence of events, it's clear Immelt's been faced with a more daunting task than he imagined at the outset:

Is GE really backtracking?
Taking this public narrative at face value, GE has seemingly lost ground in its efforts to clean up its image. The dialogue with the media and shareholders reflects a company that's shied away from any "green" goals or environmentally conscious efforts.

But this couldn't be further from the truth. As my colleague Daniel Kline pointed out last week, GE's ecomagination efforts are more relevant today than ever before. They're central to the company's commitment to reducing its environmental impact, and according to GE they've generated more than $160 billion in revenue since 2005. GE's spent $12 billion on the initiative to date and recently committed to spending an additional $10 billion by 2020. At the same time, the company claims it's one of their "most successful cross-company business initiatives" that's helped GE reduce greenhouse gas emissions by 34% since 2004.

For GE, perception and reality provide a stark contrast. On the outside, the semantics, the tone, and the dialogue indicate the company's dramatically reversing course. Down in the trenches, however, real progress is being made, on the environmental front and on the bottom line.

Foolish takeaway
To shareholders in GE, including myself, the company's green ambitions appeared to throw a wrench in the company's game plan over the past decade, especially from a public and investor relations perspective. It's clear now that leadership did not have a thorough understanding of its shareholder base and how to connect its green initiatives with our objectives as investors.

If every single shareholder shared the same vision as management, there would be no need for a dialogue. But that's never the case, so leaders have to find an approach that resonates across the board. As GE and Apple prove, sometimes it's the style of communication that matters more than the precise effect on the bottom line.