Priceline.com (NASDAQ:BKNG) has once again proved its genius. This is a story that you likely haven't read about, but it's an important one. Priceline recently acquired a small company with only six employees. So... why does it matter? 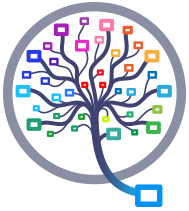 Maximizing potential
Priceline acquired a small Israeli company called Qlika. The company focuses on micro markets, which it feels is the next generation of online marketing. In Qlika's opinion (and obviously in Priceline's opinion), the days of spending huge amounts of money online to find customers are gone. Instead, the future will be about micro campaigns that target local consumers.

There are several key points to this deal, all of which are positive points for Priceline.

First of all, the cost for Priceline was only $3 million in cash. Considering that Priceline has $6.75 billion in cash and short-term equivalents versus $1.90 billion in long-term debt, it has no impact on the balance sheet.

Secondly, Qlika is capable of managing 25 to 1,000 campaigns with specific messages – with only six employees. Therefore, costs aren't likely to increase. Qlika's secret is its Qtree – a big data analysis engine that optimizes messages for each micro market.

Thirdly, still relating to low cost, Priceline beat its competitors to the punch with a very affordable way to increase exposure to the smartphone, tablet, and wearable device market.

Qlika will primarily be used to support Agoda, which is Priceline's discount booking travel property with a focus on the Asian market. Priceline purchased Agoda seven years ago, correctly anticipating wage growth and disposable income levels in the Asian market.

Priceline isn't the only one in the industry that has made purchases recently, but is it the best positioned fiscally to fuel future inorganic growth?

Inorganic growth
Last year, Expedia (NASDAQ:EXPE) made a big splash by acquiring Trivago. You have likely seen the relentless ad campaign for Trivago on television. Trivago is focused on hotel-focused metasearch, comparing over 600,000 hotels over 140 booking sites in 30 countries and 23 languages.

Orbitz Worldwide (NYSE: OWW) has taken a somewhat different approach. Earlier this year, it acquired certain assets and contracts of the Travelocity Partner Network. The objective: expand customized solutions, especially in the loyalty area. This move isn't expected to have any material impact on adjusted EBITDA for fiscal year 2014.

Priceline has found a low-risk/high-reward way to increase its exposure in the mobile market with its Qlika acquisition, Expedia has expanded its brand with its Trivago acquisition, and no near-term impacts are expected from Orbitz's acquisition. Now let's see what potential for acquisitions lies ahead.

As mentioned earlier, Priceline sports a very healthy balance sheet: $6.75 billion in cash and short-term equivalents versus $1.90 billion in long-term debt. It has also generated $2.30 billion in operational cash flow over the past year. With this kind of fiscal strength, buying smaller companies to help fuel growth in different areas should be easy. Priceline's ability to find excellent deals -- companies that are growing quickly yet still cheap -- is a positive sign.

Expedia also has a healthy balance sheet, but nothing compared to Priceline. Expedia currently has $1.35 billion in cash and short-term equivalents versus $1.25 billion in long-term debt. It has generated $776.84 million in operational cash flow over the past year – good, but once again nothing compared to Priceline. Therefore, it's not likely to have quite as much freedom with acquisitions.

Orbitz Worldwide has $117.39 million in cash and short-term equivalents versus $444.45 million in long-term debt. It has generated $153.24 million in operational cash flow over the past year. While these numbers are respectable, this puts Orbitz Worldwide at a competitive disadvantage when it comes to inorganic growth opportunities.

The Foolish takeaway
With its recent acquisition of Qlika, Priceline has demonstrated its savviness. While its peers are fiscally sound and capable of inorganic growth -- Expedia more so than Orbitz -- Priceline has a much stronger fiscal advantage going forward. Please do your own research prior to making any investment decisions.