Please ensure Javascript is enabled for purposes of website accessibility
Free Article Join Over 1 Million Premium Members And Get More In-Depth Stock Guidance and Research
By Demitri Kalogeropoulos - Mar 17, 2014 at 9:00AM

Why Yahoo!, Disney, and UPS stocks are on the move today.

Investors can expect a strong start to the stock market today: The Dow Jones Industrial Average ( ^DJI ) has gained 76 points, or 0.48%, in pre-market trading. European stocks were solidly higher as of 7:30 a.m. EDT, regaining some of last week's losses after Crimea voted over the weekend to leave Ukraine and rejoin Russia.

Next up on today's economic calendar is a fresh reading on the housing market from the National Association of Home Builders. That report is expected to show that homebuilder confidence improved this month, pushing the index reading to 50, which indicates a steady market. Look for the data to be released at 10 a.m. EDT. 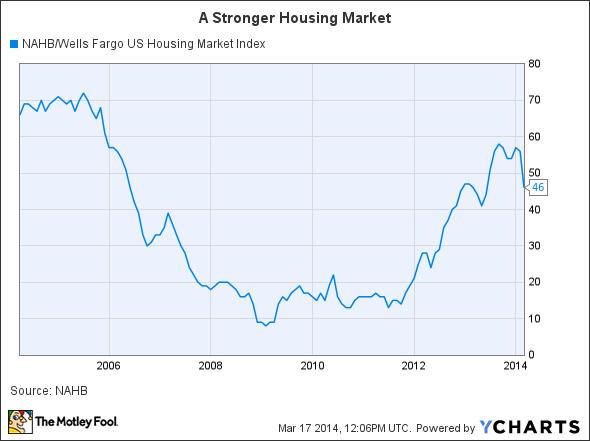 Yahoo! shares are up 4.1% in pre-market trading after Alibaba, the Chinese e-commerce giant, announced plans to launch an initial public offering. The IPO could raise as much as $16 billion, according to The Wall Street Journal, in what will likely be the largest listing ever for a Chinese company on a U.S. stock exchange. The Journal described Alibaba as a mixture of U.S. businesses such as Amazon.com, eBay, and Google. Yahoo! would benefit from a successful IPO as it owns 24% of the company.

Disney's Need for Speed movie had a disappointing launch at the U.S. box office this weekend, grossing just $18 million to come in third place behind DreamWorks Animation's ( DWA ) Mr. Peabody & Sherman and Warner Bros.' 300: Rise of an Empire. Disney and DreamWorks both have a stake in Need for Speed, and had hoped the movie could launch a new franchise. But those plans could be at risk given the film's weak start. However, the movie did perform much better in its international debut, taking in $46 million abroad. Disney's stock is up 0.8% in pre-market trading, while DreamWorks' shares are unchanged.

Finally, UPS announced this morning that it is raising its freight shipping rate by 4.4%. The move follows FedEx's rate hike of 3.9% last week and should help the delivery giant recover some of the profitability it has been losing as customers flock toward less expensive shipping choices. For example, UPS' average revenue per package fell by 1.3% during the holiday quarter as shippers moved away from ultra-quick delivery methods. UPS' stock is unchanged in pre-market trading.