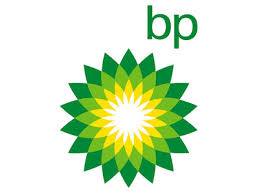 European oil and gas giant BP (NYSE:BP) is constantly under pressure. Mounting legal expenses in the years since the 2010 oil spill in the Gulf of Mexico have cost tens of billions of dollars, and its ongoing civil trial carries the threat of billions more in additional financial penalties. And, a new set of concerns presents itself in the form of geopolitical risk.

The recent conflicts in Russia and Ukraine are a particular worry for BP, since it's heavily involved in Russian energy production. It's made a huge investment in Russian energy over the past few years, which is looking dubious now that geopolitical risk has reared its ugly head once again. As the company continues to climb a wall of worry, here are the risks investors should carefully weigh before investing in BP.

Renewed geopolitical concerns
Things are very uneasy in Russia right now, and the publicly traded energy companies that rely on Russia and Ukraine are starting to reflect this uncertainty. The Russian central bank recently raised interest rates from 5.5% to 7% after the Russian rouble fell to an all-time low against the U.S. dollar and the euro. This has had a pronounced effect on Russian energy stocks including Gazprom (OTC:OGZPY). Gazprom supplies natural gas to western Europe through Ukraine, and saw its shares fall by double-digits in the immediate aftermath of the rate hike.

To put BP's massive investment in Russian energy into perspective, consider how much production and reserves BP has concentrated in Russia compared to other integrated super-majors. ExxonMobil (NYSE:XOM), the biggest energy company in the world, is almost three times the size of BP by market capitalization. And yet, ExxonMobil has a fraction of its production and reserves tied up in Russia as compared to BP.

Ongoing civil trial presents an additional set of concerns
As if the situation between Russia and Ukraine wasn't tenuous enough, an additional risk to BP is that it's still suffering from the fallout of the 2010 oil spill in the Gulf of Mexico. To date, BP has paid $42.7 billion in total damages stemming from the Gulf of Mexico spill. Further penalties are likely once the civil trial is resolved, and how much more BP will pay is entirely dependent on whether it is found grossly negligent.

BP faces up to $18 billion in penalties if found guilty of gross negligence and if 4.2 million barrels spilled into the Gulf. If BP is not found guilty of gross negligence and its assertion that a lower amount of oil spilled is upheld, the tab will be closer to $3 billion. Clearly, there's a big difference between $3 billion and $18 billion, which makes it fairly uncertain how hard BP will be hit.

Carefully weigh all the factors
BP's massive investment in Russian energy production looks scary right now in light of the tensions between Russia and Ukraine. In addition, BP could face several billion dollars in additional financial penalties once its civil trial has concluded. These risks make investing in BP an uncertain proposition, but at the same time, there are potential rewards to be had for brave Fools.

BP pays one of the highest dividend yields in the industry, and its share price could rise if the geopolitical risks and civil trial resolve in BP's favor. That's why investors should carefully think about all the risks presently hanging over BP's head before jumping in.

Hopefully, BP's dividend can uphold the strength exhibited by these: