Look for a positive beginning to the stock market today: The Dow Jones Industrial Average (DJINDICES:^DJI) has gained 74 points in pre-market trading. U.S. stocks could take some positive cues from overseas markets, as Europe's STOXX index rose by as much as 1% overnight.

Closer to home, investors will get two fresh data points on the health of U.S. consumers this morning: consumer confidence is expected to show slight improvement in the month of March, while the pace of new home sales in February should have come down a bit from the five-year high the industry set in January. Both reports are due out at 10 a.m. EDT. 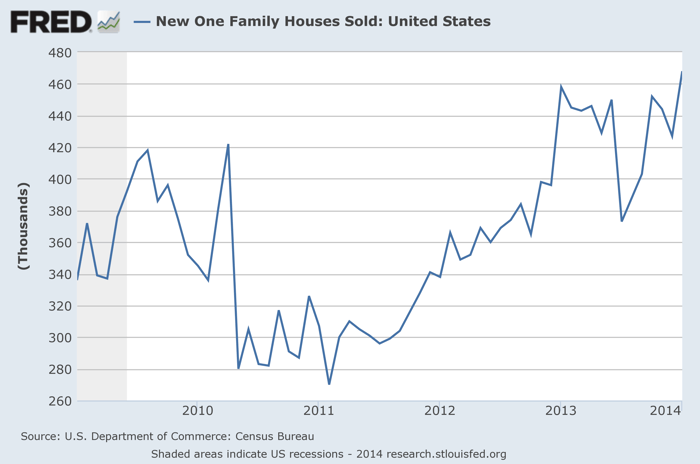 Meanwhile, news is breaking this morning on several stocks that could see heavy trading in today's session, including Walgreen (NASDAQ:WBA), McCormick (NYSE:MKC) , and G-III Apparel (NASDAQ:GIII).

Walgreen today announced that sales for its fiscal second quarter rose by 5% to a record $19.6 billion, on par with Wall Street's expectations. Adjusted profit for the pharmacy retailer, at $0.91 a share, came in just below analysts' estimates. Walgreen cited a few factors in that profit dip, including a less severe flu season, fewer generic drug introductions, and rough winter weather. Still, the company managed to book solid comparable store-sales growth of 4.3% through all of those headwinds. Walgreen's stock was up 3% in pre-market trading.

Spice maker McCormick this morning posted strong earnings results for its fiscal first quarter. Sales grew by 6% to $993 million, and profit improved by 9% to reach $0.62 a share. The company's international business is reaping big rewards from its 2013 expansion into the Chinese market: sales in the Asia/Pacific region were up 74% in the quarter. Meanwhile, McCormick's U.S. sales also managed to tick higher, boosted by extra marketing spending that helped offset continuing weakness in demand from quick-service restaurants. The company confirmed its outlook for its full fiscal year, which calls for sales growth of between 3% and 5%. McCormick stock was unchanged in pre-market trading.

Finally, clothing manufacturer G-III reported weaker than expected earnings results. Sales for its fiscal fourth quarter spiked higher by 26% to $473 million, but that was below the $490 million that Wall Street had estimated. Earnings improved by 55% to $0.62 a share. G-III also gave a conservative outlook for its next fiscal year, calling for earnings of about $4.10 a share, below analysts' target of $4.30. The stock is up almost 100% over the last year, but gave 7% of that back in pre-market trading.