The Dow Jones Industrials (DJINDICES:^DJI) finished Tuesday with a solid gain of 91 points, following an up-and-down roller-coaster path during the day following some conflicting data about the health of the U.S. economy. A fall in new-home sales of 3.3% prompted concerns about whether housing's contribution to the economic recovery might be waning, but rising consumer confidence figures won the day for the Dow. Leading the way higher were tech giants Cisco (NASDAQ:CSCO) and IBM (NYSE:IBM), even as athletic stalwart Nike (NYSE:NKE) and Wall Street titan Goldman Sachs (NYSE:GS) posted substantial declines on the day.

Cisco's jump of 3.5% came on the heels of its latest efforts to try to bolster its flagging growth, this time by making a substantial investment into cloud computing. Yesterday's announcement to spend $1 billion in creating Cisco Cloud Services is a direct move against rivals that include both IBM and Amazon.com, with IBM having said just a couple months ago that it would also make a billion-dollar investment into cloud computing. With the potential to bundle a broader cloud-computing presence with value-added services like its online-collaboration business, Cisco certainly has potential in the cloud space. Yet as much as $1 billion might sound like, Cisco's commitment could prove woefully insufficient to stem its sliding revenue recently. IBM's similar 3.5% jump followed its own cloud-computing collaboration to provide location-based services with Pitney Bowes. 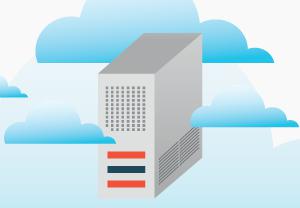 Yet the longer-term question for both IBM and Cisco to answer is whether they'll be able to restore revenue growth to bolster their future prospects. Both companies are too large for any but the most ambitious initiatives to make a material difference to results, and both face huge competition both from each other as well as from numerous other big players in the industry. Valuations for the two stocks are modest, but only if you believe that they can continue to grow earnings, and that's a bold assessment given the challenges both IBM and Cisco face.

Meanwhile, on the losing side, both Nike and Goldman fell around 1.5%. Both companies have to face the rising difficulties outside the U.S. market, with Nike investors pointing to sluggish growth in China as well as the negative impact from falling currencies in the emerging markets. For Goldman, news of ex-director Rajat Gupta's loss of his appeal of his conspiracy and securities fraud conviction reawakened memories of more troubled times, but the Wall Street firm is also vulnerable to changing currents in emerging markets that could jeopardize one of its largest growth opportunities.

It's important for investors to remember that the Dow depends not only on U.S. economic growth but on the health of the global economy. Without strength from all quarters, the Dow's five-year-old bull market could be in jeopardy in the long run.