Pfizer slips on the Dow despite yet another big day for the pharma giant.

Stocks have hit a bumpy patch on Thursday, wobbling between meager gains and slight losses throughout trading.The Dow Jones Industrial Average ( ^DJI 0.00% ) has slipped back 12 points into the red as of 2:30 p.m. EDT, with the blue-chip index's stocks evenlyh split between winners and losers. Despite little action from its stock today, Pfizer's ( PFE -0.62% ) active week goes on with yet another strong clinical study result. The big news from around the markets, though, is the sell-off that has sent Citigroup ( C -0.70% ) shares down more than 5.5%. Let's catch up on what you need to know.

Economic picture ticks higher
The Commerce Department started things off on the right foot this morning by revising upward its GDP growth figure for the fourth quarter of 2013 from 2.4% to 2.6%. Increased health-care spending added most of that revision, but it was a solid end to 2013 ahead of what could be a downbeat start to 2014's U.S. economic growth picture thanks to the harsh winter that slammed consumers and businesses alike. Despite that, economists have pegged potential U.S. economic growth this year at up to 3% -- a very healthy mark if attained, and one showing that the nation's recovery track remains on target.

Around the stock market today, Pfizer stock fell 0.2% despite good news out of one of the company's most closely watched developmental drugs. PCSK9-inhibitor bococizumab, an experimental treatment for fighting cholesterol, ended up a success in the company's most recent phase 2b study.

It's positive news for a company dueling with numerous other major pharma and biotech companies to capture the PCSK9 market, a new and growing niche in the fight against cholesterol that could be worth billions of dollars in annual revenue. Pifzer's launched a phase 3 trial for bococizumab last year, so keep a close eye on how it develops as rivals speed up to win over regulators. 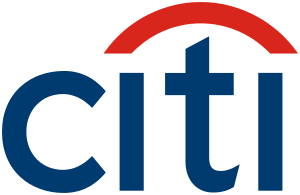 Perhaps today's biggest market news comes outside of the Dow -- Citigroup's capital plan failed the Federal Reserve's stress test. The Fed denied Citi's goal to raise dividends and share buybacks, criticizing the bank's capital position as insufficient in the event of another major economic pullback in the future. While Citigroup's capital cushion did surpass the federal minimum set by regulators, the company couldn't keep up with banking rivals that got the OK from the Fed, leading to the stock's hammering on the market today. It's not good news for investors: While Citi can submit a revised plan, it'll be hard to win over the Fed toward allowing giving back more to shareholders in the wake of the defeat.