In its third and final estimate of fourth-quarter GDP, the Commerce Department reported a 2.6% improvement, as consumer spending grew at the fastest pace in three years. That figure was up from the previous estimate at 2.4%, and in line with analyst expectations. Initial unemployment claims last week fell to 311,000, hitting a four-month low, and the four-week moving average dropped to a six-month low, indicating robust job growth in March. The reading was better than estimates at 330,000, and was down from 321,000 the week before. Meanwhile, February pending home sales dipped 0.8%, the latest evidence that growth in the housing market may be flattening.

Among stocks moving higher today was lululemon athletica ( LULU -2.06% ), which finished up 6.2% after its fourth-quarter earnings report beat lowered expectations. The yoga-apparel retailer is coming off a forgettable 2013 that featured a product recall, the surprise resignation of its CEO, and an embarrassing remark by its founder about women's bodies. Earnings at Lululemon held flat at $0.75 a share, but that beat estimates of just $0.72. Sales of $621 million also topped expectations at $615 million, but same-store sales actually fell 2% on a constant-dollar basis, its first drop since 2009, a warning sign for what was once a hot growth stock. Lululemon's guidance wasn't any better, as it expects a decline in EPS in  2014 to $1.80-$1.90, below estimates at $2.14. Still, new CEO Laurent Potdevin promised to aggressively expand the store base, giving investors faith in a long-term comeback. 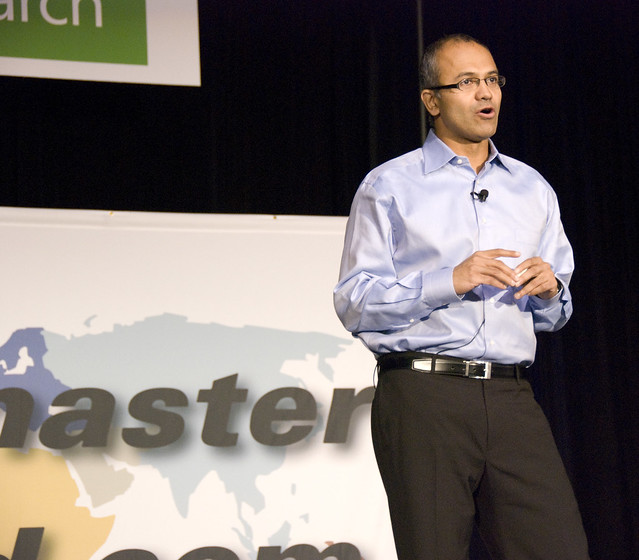 Elsewhere, Microsoft ( MSFT 0.01% ) confirmed earlier rumors by saying today at a presentation that it would make its Office suite available for the iPad. The move signals a change in strategy for Microsoft, as it had been trying to compete with the iPad by offering its own tablet, the Surface, which came with Office pre-installed at no extra charge. The initiative was new CEO Satya Nadella's first major move at the helm of the software giant. The Office suite was designed as "touch-first" for the iPad, and Nadella notably steered clear of discussions of the Surface or PCs. Analysts believe Microsoft stands to make anywhere between $840 million and $6.7 billion in revenue a year from the new offering, which had existed for years, but was not brought to market for strategic reasons. Microsoft shares, which jumped 4% last week when rumors broke about the program, actually fell 1.1% today. Apple shares closed 0.4% lower.