Stocks finished higher today, jumping out of the gate on word from China's Premier Li Keqiang that his government would take action to boost its slowing economy, including investing in infrastructure, though a late afternoon sell-off among biotech stocks dented earlier gains. The Dow Jones Industrial Average (^DJI -0.38%) finished up 59 points, or 0.4%, while the S&P 500 gained 0.5%, though both indexes finished down for the week.

Earlier in the day, reports showed personal income increasing by 0.3% in February, ahead of expectations of 0.2%, while personal spending improved 0.3%, as well, in line with estimates. Meanwhile, the University of Michigan reported consumer confidence levels at 80, matching economist expectations, but falling from 81.6 in February. The index hit a four-month low though it's still at a relatively high level. 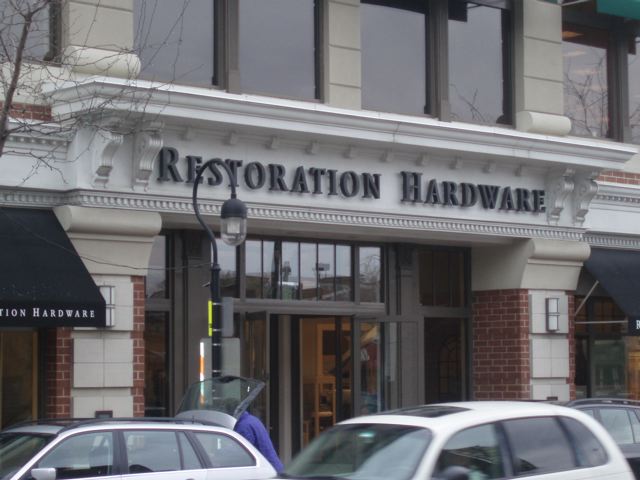 Among stocks pushing higher today was Restoration Hardware (RH -0.99%), which finished up 13% after a strong fourth-quarter earnings report. Investors forgave a middling quarter from the home-furnishings retailer, as bad weather took a bite out of sales. The company said revenue grew 18% in a calendar-shortened quarter, to $471.7 million, short of estimates at $493.1 million; however same-store sales grew by a robust 17%. Adjusted earnings of $0.83 per share matched estimates also, indicating margin improvement. CEO Gary Friedman noted the company "continued to outperform the home furnishings industry by a wide margin," as Restoration has been one of the better plays on the housing recovery. Today's stock jump seemed to come from the strong guidance, as the company sees a per-share profit of $0.09-$0.11 in the current quarter, ahead of estimates at $0.07. Meanwhile, full-year EPS guidance of $2.14-$2.22 was in line with expectations of $2.17. With several new stores planned for the year and strong organic growth, I'd expect Restoration shares to continue to move higher.

A day after falling on its earnings report, GameStop (GME -1.98%) shares were roaring back today, finishing up 8.8%. The video game retailer got a boost from research firm Sterne Agee, which maintained its buy rating and a $52 price target following yesterday's disappointing report and outlook. Analyst Arvind Bhatia said strong console sales bode well for the stock, and predicted its earnings per share could reach $4. Separately, CEO Paul Raines said Wal-Mart, which recently decided to get into the video game exchange business, was good for the category. GameStop's model faces a number of challenges, including new competition, technological advances, and the potential of game makers to make used games less accessible. Still, with two new consoles on the market, the company seems to have bright short-term profit growth ahead of it. It seems like the market was overreacting yesterday when shares fell 4%.

Jeremy Bowman has no position in any stocks mentioned. The Motley Fool owns shares of GameStop. We Fools may not all hold the same opinions, but we all believe that considering a diverse range of insights makes us better investors. The Motley Fool has a disclosure policy.