The Dow Jones Industrial Average (DJINDICES:^DJI) has gained 40 points in pre-market trading, suggesting a positive start to the stock market today. Stocks are ahead -- barely -- as we begin the second quarter of the year: the S&P 500 is 1.3% higher so far, while the Dow is down by less than 1%.

Economic calendar
Investors will get an update on the construction industry from the U.S. Census Bureau this morning. Economists expect spending in the sector to come in at an annual pace of about $940 million, well above the post-recession bottom of $750 million set in February 2011, but also far from the $1.2 billion peak we saw in March 2006. Look for that report to be released at 10 a.m. EDT. 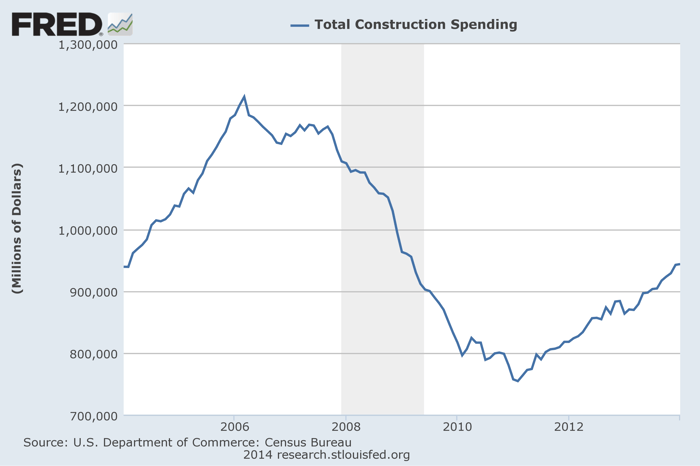 Meanwhile, news is breaking this morning on several stocks that could see heavy trading in today's session, including Coca-Cola (NYSE:KO), PepsiCo (NASDAQ:PEP), and Macy's (NYSE:M).

Market movers
Soda makers are in focus today after a new report by Beverage Digest detailed a sharp drop-off in sales of diet carbonated drinks last year. Pepsi's Diet Pepsi brand was the biggest loser, falling by 6.9% in 2013. But Coca-Cola's Diet Coke didn't fare much better, logging a 6.8% drop in sales. Both beverage giants have diversified away from the shrinking market for diet sodas into areas such as sports drinks and teas, but they are still reeling from what The Wall Street Journal described as a "Freefall" in low-calorie carbonated beverage sales. Coca-Cola was down 0.82% in pre-market trading, while Pepsi was unchanged.

Macy's announced last night that Jeffrey Gennette, who has been the department store chain's chief merchandising officer for five years, will take over as president. The promotion will allow Chairman and CEO Terry Lundgren to step back on at least some of his many leadership responsibilities. Gennette looks like a great fit for the job, as he has a deep background in leading Macy's retail operations at the regional level. His new duties include the oversight of Macy's website and all of its private brands, two areas that will be key for the retailer to keep its sales momentum strong in a tough retail environment. Macy's stock was unchanged in pre-market trading.