In fiscal 2013, Hasbro's (NASDAQ:HAS) game division grew its revenue by 10% and ended up being the company's largest division for the year. That growth has been driven by many of the company's brands, but Magic: The Gathering stands out. Over the last five years, the Magic brand has grown annual revenue by 182%. That puts the brand's annual revenue somewhere close to $250 million, though Hasbro hasn't released an official figure. 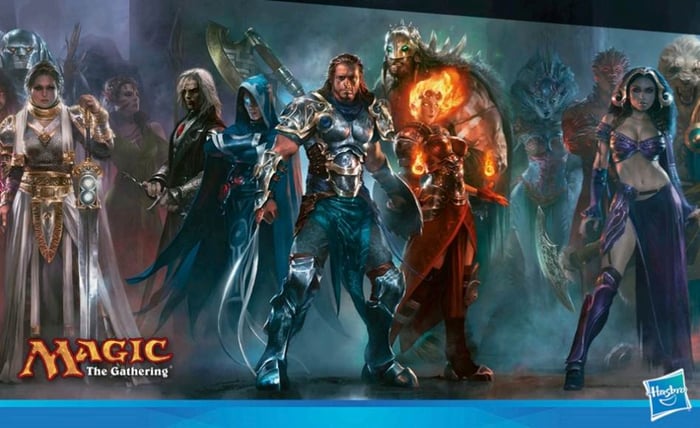 Magic: The Gathering's global growth
In 2013 the Magic community hosted close to 600,000 tournaments around the globe. Part of the brand's recent growth has been spurred on by a rise in Hasbro's online version of the game, aptly named Magic: The Gathering Online. A regular set of paper and digital releases has led Magic to be one of Hasbro's rock-steady brands, earning solid revenue throughout the year as new products are released.

The ongoing success of Magic led Hasbro to announce a movie tie-in earlier this year. Fox has lined up members of the production team that brought the X-Men franchise to the big screen to help guide Magic into theaters.

With the brand accounting for around 5% of Hasbro's total revenue, Magic offers the company a clear growth driver, especially in its emerging markets. The vast majority of Magic retailers exist in the U.S. and Europe, but the brand also has a growing foothold in Latin America and Asia.

Competing for attention
At home, Magic is in a fight for time and attention. Magic draws heavily on the 18-to-34-year-old demographic, with just 25% of its players falling outside that range. That's a key video game age range as well, and the Magic brand has tried to tap into digital to keep sales high.

With the rise of similar online games like the World of Warcraft-themed Hearthstone, it's likely more players will have a taste for online versions of classic collectible card games, giving Magic some extra room to grow.

Magic's growing pains
For Hasbro, the question is whether or not Magic can live up to the hopes and dreams the company has for it. Growing pains have hammered the online experience over the last year. Stability issues with the Magic: The Gathering Online client led Hasbro to shut down an online tournament series and have been a hot-button issue within the Magic community.

Hasbro has helped build Magic into a massive global brand, and the company still has plenty of room to continue growing, but there are challenges along the way. As more and more gaming goes digital, the flaws in the online Magic experience will begin to show up on the balance sheet, with fewer users taking the time and making the investment. Hasbro has the opportunity to right the ship, but time is not on its side.