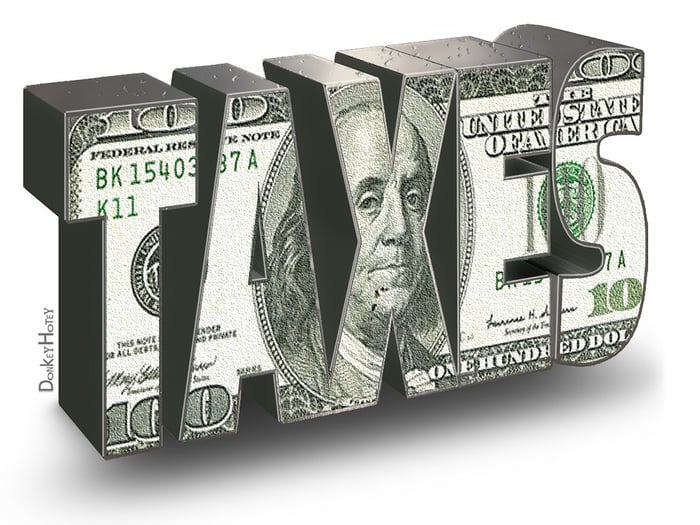 We all want to keep a little bit more of our hard-earned money. Unfortunately, taxes seem to head higher every year. Investors have been especially pinched in recent years by rising capital gains and dividend taxes. However, there is one IRS-approved tax loophole that could allow investors to keep more income.

MLPs: The pipeline to profit

A master limited partnership, or MLP, operates in what is essentially a pass-through tax structure in which virtually all of the income is sent to investors via distributions. This structure eliminates the double taxation that occurs on dividends paid by a corporation. In addition to being a fantastic tax loophole, the structure provides a nice income stream for investors, as a MLP typically pays out all of its income. Furthermore, as the following simplified example shows, an investor would be able to keep substantially more of the income stream a business produces by investing in a MLP. 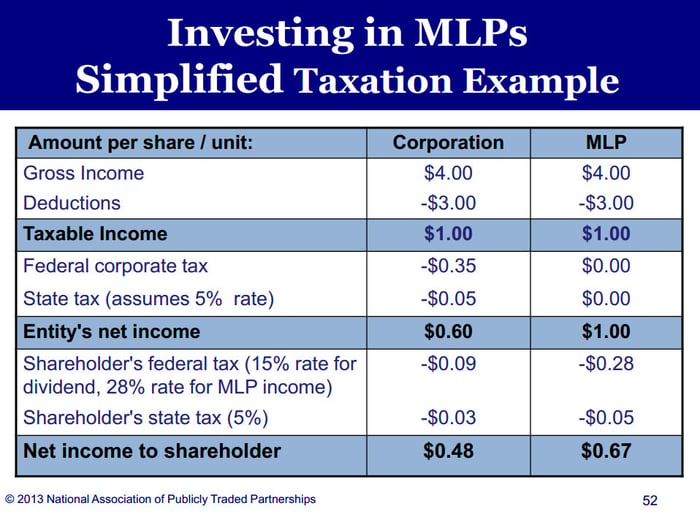 Source: Presentation by the National Association of Publicly Traded Partnerships

One reason the IRS has allowed the MLP loophole to not only exist, but to thrive, is because of the strategic purpose it serves. MLPs largely own critical energy infrastructure that might not have been built if not for this loophole. The structure enables MLPs to more easily raise equity capital to build and maintain pipelines and processing plants so that America can produce more oil and gas here at home. The most recent boom in oil and gas production means that there isn't a better time to take advantage of this tax loophole.

Get ready for the boom
According to a recent study by ICF International, the U.S. energy industry will need to spend a stunning $641 billion over the next two decades to build new pipelines, pumps, processing plants, and other related infrastructure to keep up with our energy boom. That equates to about $30 billion dollars a year in new investments, which is essentially triple what we've spent each year in the last 10 years.

MLPs such as Kinder Morgan Partners and Enterprise Products Partners will need to build a staggering 35,000 miles of natural gas transmission pipelines, along with 303,000 miles of gas gathering lines and associated infrastructure, according to that study. To meet that need Enterprise Products Partners is spending $4.9 billion to bring new projects online this year, while it has another $3 billion in projects under construction that will go into service beyond 2014. Meanwhile, the Kinder Morgan family of companies has already identified $14.8 billion in organic growth projects for investment over the next five years.

These investments are just a small sampling of the $641 billion that will be invested in America's energy infrastructure over the next two decades. These investments will be made with two goals in mind: to fuel increased oil and gas production in the U.S. and to provide tax-advantaged income to investors.

Investor takeaway
The IRS usually doesn't cut taxpayers much of a break. However, it continues to offer investors a nice tax advantage if they invest in MLPs. It's really a win-win proposition, as investors gain an excellent income stream while American energy companies get the investment capital needed to fuel nation's energy boom.