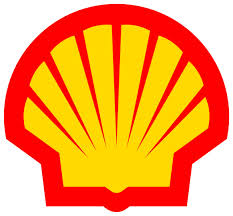 It's a new era for Royal Dutch Shell (NYSE:RDS.B). After a disappointing performance last year due to falling returns and rising costs, Shell and its new CEO are planning a major upheaval of the company's priorities. Whereas the last few years were dictated by an ambitious growth strategy, Shell is getting conservative this year by severely cutting back on capital expenditures and selling off assets around the world.

Shell will raise billions of dollars from its asset sales and reduced spending. However, the key risk for investors is that these initiatives may come at a cost to future growth if the company doesn't reinvest sufficiently in new projects.

Heading into 2014, new Chief Executive Officer Ben van Beurden set rigorous capital discipline as his firm's top priority. Over the past few years, Shell was led on an ambitious growth strategy that involved several high-profile resource acquisitions. Many of those decisions turned out to be ill-advised due to what management termed 'lost momentum in operational delivery.' Essentially, returns from new projects unimpressed, and cost over-runs were eroding margins. The end result for Shell was deteriorating performance in certain financial metrics critical to oil and gas companies.

For instance, Shell achieved a return on average capital employed, which measures how much a company profits when compared to its investments made, of just 7.9% last year. This was a significant deterioration from the 13.6% return on capital from the previous year. This places Shell in uncomfortable territory when its performance is stacked up against its peers.

Consider that ExxonMobil (NYSE:XOM), which has been known for years as an effective allocator of capital, generated a return on capital employed ratio of 17% last year. ExxonMobil routinely produces returns on capital in the high teens, which cements its status as an industry leader on this metric.

Management responds with divestments
In response to dwindling returns and spiking costs, Royal Dutch Shell has embarked on a series of asset disposals this year, particularly on the downstream side of the business. This stands to reason, since Shell's downstream segment posted a 16% drop in earnings in 2013. First, Shell announced it would sell its Australian downstream business for $2.6 billion. The company also sold downstream assets in Italy for an undisclosed sum. In addition, Shell has unloaded refiners in the United Kingdom, France, Norway, and Germany just in the past few months.

More recently, Shell announced it would postpone a large gas project in the Norwegian Sea at Ormen Lange, Norway's second-biggest gas field, due to soaring costs. The project involved a relatively new technology that would allow for gas compression without the need for a platform. Shell is the operator of the Ormen Lange field with a nearly 18% stake.

Among other companies affected by the decision, Statoil (NYSE:EQNR) holds a 25.4% interest in the development. Statoil, however, will proceed with a similar sub-sea compression project at a separate field in the Norwegian Sea. It plans to be the first in the world running such a technology when the project starts up next year.

Will management actions come at a cost to growth?
Shell's decisions are part of its over-arching strategy to become a slimmed-down, more focused company that generates higher margins. Shell's overall goal is to divest approximately $15 billion worth of assets this year and next. In addition, the company will take an axe to capital expenditures by reducing spending 20% in 2014.

What investors should be concerned with is whether Royal Dutch Shell's significant asset sales and reduced spending will come at a cost to future production. While it's true Shell is raising billions from these divestments, it's not yet made clear what it intends to do with the proceeds, other than returning cash to shareholders. Shell recently stated its intention to bump up its dividend and offers a very high 5.3% yield, but that will amount to little consolation if future growth disappoints.