With the strong box office performance of "Captain America: The Winter Soldier," Disney's Marvel unit is now the most successful film brand in history -- and a main reason investors should consider the media company for long-term growth.

Thanks to the strong box office performance of Captain America: The Winter Soldier, it is now official: Walt Disney's (DIS 1.84%) Marvel entertainment property is the most successful brand in movie history. With the company's superhero success showing no signs of slowing down, the brand appears to still be in the early stages of its growth cycle.

However, perhaps just as important is that Disney now owns another massive franchise in Star Wars, which just so happens to be the third most successful brand in movie history. As the company prepares to unleash a wave of new Star Wars content, the science fiction franchise may be set to take the crown from Marvel.

In fact, the closest franchises to Disney's two behemoths are Harry Potter and Batman, both of which are distributed by competitor Time Warner (TWX).  With new entries announced for both franchises, the main question for investors is: Can Time Warner ever catch up? 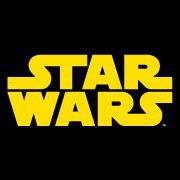 The top five
After a strong showing by the Captain America sequel, Disney's Marvel unit has amassed approximately $2.47 billion in total box office gross. In a very close second is the Harry Potter franchise, which has totaled approximately $2.39 billion. In third place is Star Wars with roughly $1.9 billion, which sits just above the James Bond and Batman franchises.

The good news for Marvel is that all signs point to not only continued success but also growth. Captain America: The Winter Soldier is the best-performing post-Avengers sequel for Marvel so far, as the movie represents a 46% improvement over its predecessor in the domestic market. Iron Man 3 grew by 36% and Thor: The Dark World grew by 30%.

However, Star Wars can overtake Marvel. With the long-awaited Episode 7 entry in the series set to hit theaters in late 2015, Disney has generated a lot of excitement for the franchise. By hiring top talent like director J.J. Abrams and allowing creative teams ample time to develop content, success in the most popular science fiction universe seems almost assured. Additionally, the last live-action Star Wars film, 2005's Revenge of the Sith, performed very well, generating $849 million worldwide.

Although Disney is currently the king of the box office, you should not forget about Time Warner. The Harry Potter franchise, which is renowned the world over and especially popular among youth and young adults, is making a return to theaters. Time Warner announced that three "megamovies" based on extended canon from author J.K. Rowling are in the works. As prequels, they may not carry the same weight as films featuring the series' titular character, but the movies are sure to excite an already massive fan base.

Also, Time Warner has been busy trying to directly compete with Disney on the superhero front with a reinvention of its DC entertainment property. The company is pitting its two biggest names against each other in 2016. The much-anticipated Batman vs. Superman movie will go head-to-head with the third Captain America installment on May 6, 2016. Early signs among fans point to a victory for Time Warner in May.

Bottom line
Disney's media division is firing on all cylinders, as management seems to have found its groove with regard to new content creation. Investors have been rewarded handsomely as shares of the company are up approximately 30% in the last year. Growth is expected to continue as analysts expect the company to increase sales 6.6% and earnings by 19.1% this year.

On the other hand, Time Warner has struggled. Shares are up only 5% in the last year and the company's projected growth is weak; analysts expect it to decline 8% in sales and only increase earnings by 4% this year.

Although Time Warner seems to have the content to remain a viable competitor long-term, Disney is where the growth is currently. If you're looking for a top-tier media play, take a closer look at Disney.