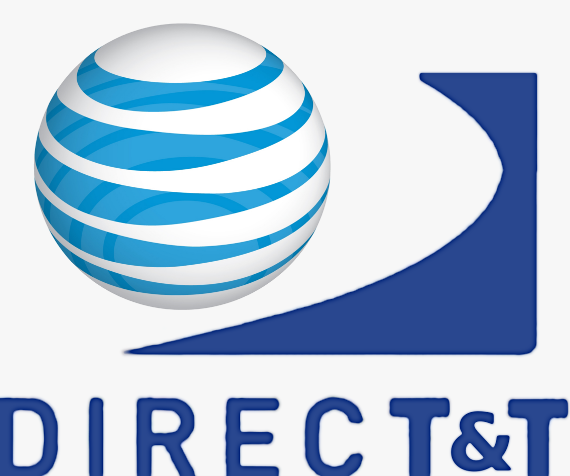 This could actually happen. Original image sources: AT&T and DirecTV.

Rumor has it that AT&T (NYSE:T) might want to buy satellite TV veteran DIRECTV (NYSE:DTV). Scratch that -- this deal has moved beyond the "rumor" stage. Ma Bell has reportedly hired fellow Dow Jones (DJINDICES:^DJI) member Goldman Sachs (NYSE:GS) to work out a sensible deal structure. Reports of Goldman's involvement shot AT&T shares more than 2% higher on Thursday, making the telecom one of the Dow's strongest performers at midday. DIRECTV shares surged more than 4% on the same news, but cooled off significantly to nearly 5% in the red by 2 p.m. EDT.

So AT&T seems to be serious about this potential deal. But why would the telecom be interested in a highly specialized satellite service?

Reasons to be skeptical
On the face of it, this idea makes no sense. AT&T already has its own U-verse TV service. DIRECTV doesn't bring any radio spectrum to the table, making it less attractive to a wireless operator such as AT&T. And with an enterprise value of $63 billion before adding any buyout premiums, DIRECTV would be a huge bite to swallow. This is not the kind of simple, small plug-in acquisition a cash-rich business like AT&T might make on a whim.

Those are some good reasons for AT&T to stay away from a DIRECTV merger. Any one of these downsides might be enough to scuttle the deal, and the combination looks overwhelming. And that's before we've even looked at what the FCC and other regulators might say about this matter.

What's in it for AT&T?
That being said, buying DIRECTV wouldn't be a complete waste of $70 billion or more.

AT&T is an almost exclusively American company. I mean, as in the United States of America, with only a smattering of affiliated services in Latin America and Europe. Contributions from these equity investments are lumped into a segment labeled as "other" wireline operations, which only represented 4% of AT&T's revenue in 2013. And this division tends to lose money, year by year.

By contrast, 22% of DIRECTV's sales and 24% of operating profit in 2013 came from its sprawling presence in Latin America. If AT&T wants to go global, buying DIRECTV would be a sensible first step.

Furthermore, DIRECTV blankets North and South America in satellite signals. The service can reach rural or remote areas where an AT&T U-verse installation would be ridiculously expensive, and all at the cost of just a dish and a couple of set-top boxes per household.

Between the rural coverage and South American heft, AT&T would multiply its addressable market for media services many times over.

If that's not enough, consider that DIRECTV holds exclusive rights to many attractive programming packages such as the NFL Sunday Ticket, not to mention a few juicy golf and tennis events. I don't know how easily these rights could be transferred to a new corporate parent, but they're unique arrows in any broadcaster's quiver. Picking these channels up would be a fresh selling point for U-verse TV services -- again, assuming that AT&T would gain the rights to make that cross-company move.

Who knows what AT&T might do to a stable of already-launched media-slinging satellites? Working up new business opportunities via the DIRECTV fleet wouldn't be easy, and would require some difficult talks with the FCC along the way, but the sky is (literally) the limit.

Finally, AT&T might be interested in diversifying away from its heavy reliance on wired and wireless phone services. Wireless operations have been good to AT&T over the last decade, especially in the current smartphone era and its rich service margins. But what's next? Ma Bell could attach DIRECTV's $32 billion of annual sales to U-verse's $14 billion, putting some heft into a high-growth opportunity.

What it all boils down to
So AT&T is weighing a massive sticker shock and a bare-bones satellite focus against rapid market expansion and the potential for innovative media services. I still say that the whole idea seems a bit silly, but AT&T has some solid reasons for sniffing at this opportunity.

It's one of the least likely merger deals in recent memory, but crazier things have happened. Keep an eye on these buyout talks, because AT&T could actually go for it after all.