Charles Dow created the Dow Jones Industrial Average (DJINDICES:^DJI) in 1896, but this wasn't his first effort to track a basket of stocks representing a key sector of the American economy. In fact, it might not even be his most successful effort. He devised the very first Dow index 12 years earlier, in an era before "industrial" companies had become the globe-straddling titans we know today.

In Gilded Age America, railroads were king, and railroad stocks dominated the market. In 1884, Dow put together a basket of 11 stocks to best represent American market moves: the Dow Jones Transportation Average (DJINDICES: DJT). By tracking nine railroads, a mail-carrying steamship line, and telegraph king Western Union (NYSE: WU), the Transportation Average would effectively monitor the fortunes of "industry" when railroads and communications were American industry, or were at least as important to America's economic fortunes as Standard Oil and other commodity trusts would soon become.

But how has the Transports actually performed compared to the Dow? You might be surprised, but the Transports bests the Dow on virtually every timeline you can examine. It's positive this year, while the Dow is ever so slightly down: 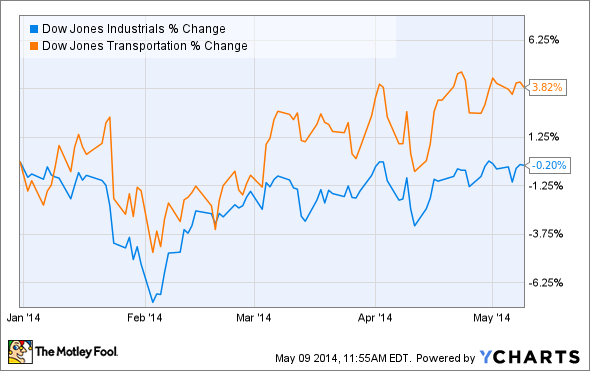 It has doubled the Dow's gain over the past year: 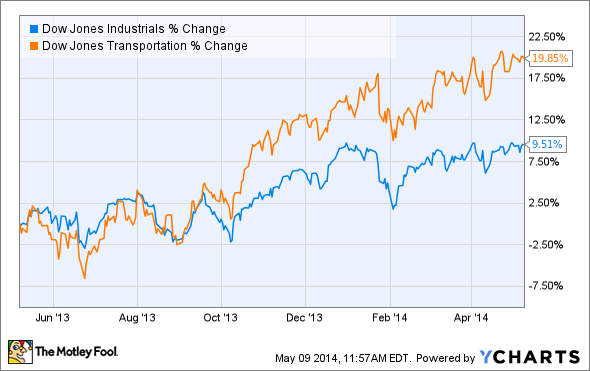 Since the recession, the difference isn't as notable, as the Transports and the Dow were closely aligned until 2013 -- but even so, the Transports still came out on top from mid-2009 to the end of 2012: 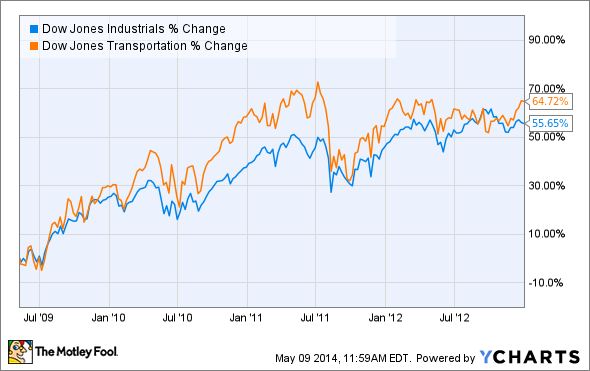 It's not really any contest at all over the past decade, as the Transports has amassed nearly triple the gain the Dow has enjoyed since mid-2004: 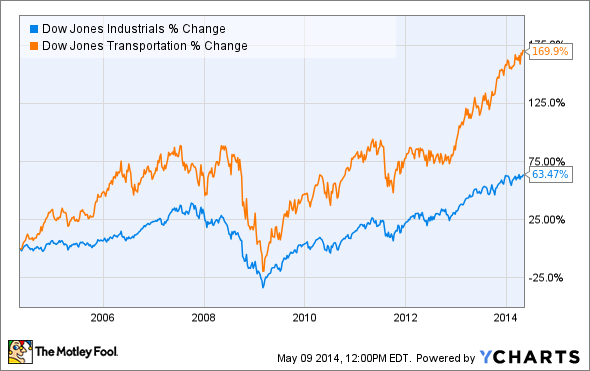 It's only when we look back at the dot-com era that the Transports falls behind, as railroads, airlines, and shipping companies couldn't keep pace with the rest of the red-hot market. Even then, the two indexes only diverged toward the very end of the bubble: 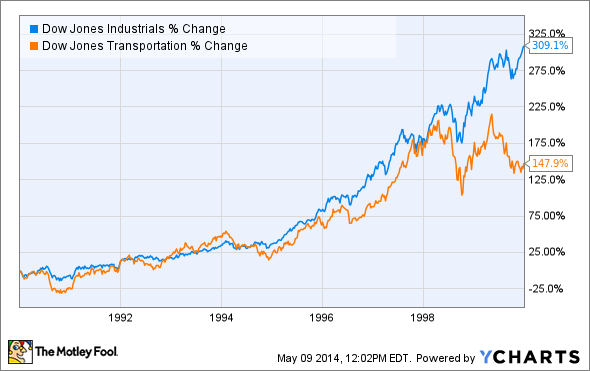 Does this mean that the Transports will continue to top the Dow itself? That might not be the case. At the moment, the Transports tracks five airlines, four railroads, two consumer-focused delivery services (United Parcel Service (NYSE:UPS) and FedEx (NYSE:FDX) ), four trucking companies, one oceangoing shipping company, and four diversified shipping and logistics companies. In the past year, the long-moribund airline industry has taken off -- the five airline stocks on the Transports have all beaten (or come very close to beating) the Transports' overall performance: 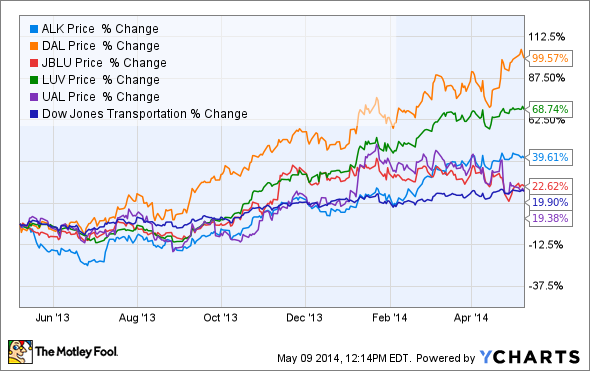 The same holds true for the past five years -- of these five stocks, only JetBlue (NASDAQ:JBLU) underperforms the Transports since mid-2009: 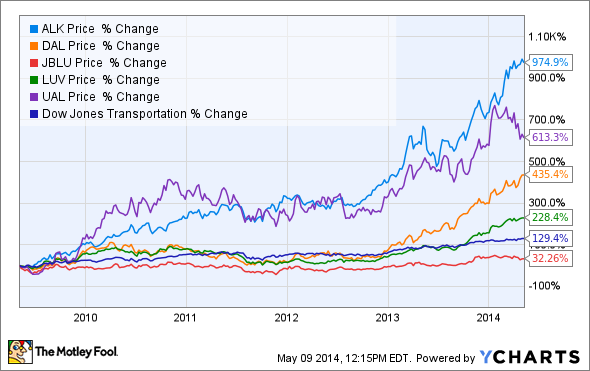 That airline outperformance was not the case before the recession. The sector bloodbath that followed the terrorist attacks of Sept. 11, 2001, left every single one of these five stocks with a worse performance than the Transports from mid-2004 to mid-2009. Due to recent airline-industry consolidation, the Transports' five airline components can't be tracked all the way back to 2004, but in every case, they underperform the Transports itself from their earliest tracked period to mid-2009. If this underperformance returns, the Transports might no longer be the better of the two Dows.

Is the Dow Transportation Average a better way to follow the American economy? Is it a better way to invest? Over the past decade, the answer has undoubtedly been "yes," but there's no guarantee that strength in this sector will continue into the future.