The alarmists are asking if high student loan debt will be the, "next big threat to the U.S. economy" because there's over $1 trillion worth of student loans outstanding. But you can't get ahead without a degree these days, so parents and students alike grit their teeth and take out the loans. None of this is an issue, however, for student landlord Campus Crest Communities (NYSE: CCG).

The only way to get ahead
College is a necessity today if you want to earn a decent living. The average weekly earnings of full-time workers in 2012 was $815. Those with a high school diploma earned just $652 while every level of college degree earned above the average with the lowest earnings coming from bachelor's degrees at $1,066 a week. Similar trends show up in unemployment stats, with more education leading to notably higher employment levels.

It's no wonder that students are willing to take on student debt if that's the price of a college education. And while college enrollment flat lined after the deep 2007 to 2009 recession, Ted Rollins CEO of student housing specialist Campus Crest Communities noted to me in an email interview that, "the population turning 18 it is now back on the rise." Further, adding foreign enrollment to the U.S. demographics uptick suggests that, "...there is a clear path for growth for the foreseeable future." That's a great thing if you are in the education business.

For profit/not for profit...
When it comes to student debt, for profit colleges make the biggest headlines. These are companies like DeVry Education Group (NYSE:ATGE). DeVry is one of the oldest players in the space and runs medical, business, and technology schools domestically and abroad. The company's top line has grown notably over the last decade, increasing by about 150%. However, it's fallen in each of the last three fiscal years (years end June). And revenue has been lower year over year each quarter of the current fiscal year.

Part of the problem is image.

For example, in late 2013, Daniel Hamburger, DeVry's CEO, put out a press release refuting critical points made in a Bloomberg article. One of the core arguments of the Bloomberg piece was the suggestion the DeVry students were at a high risk for default. And early this year, DeVry's Hamburger had to defend against comments from Senator Dick Durbin who sent a letter to Illinois high school principals questioning the value of a for-profit education.

The impact? Although solid results at several schools are keeping DeVry's overall enrollment up, enrollment at the company's largest school, DeVry University, was down over 10% in the March quarter. Part of the process of "fixing" this issue includes lowering costs to attract students. 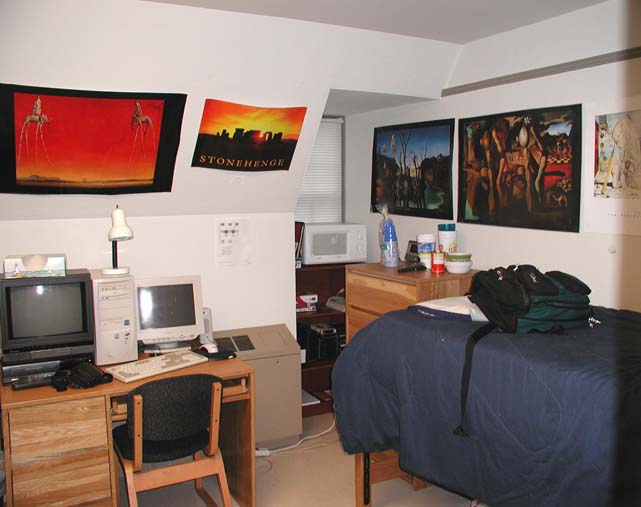 How about for property!
If you're an investor, the negative public image of for profit schools like DeVry is a huge uncertainty. And you can't invest in not-for-profit schools.

However, you can invest in education landlords like Campus Crest.

This real estate investment trust owns and manages about 80 properties across 64 markets. It targets under-served, high-growth markets often with properties it built from the ground up.

This model helps ensure both well maintained properties and modern facilities. But the best part is that students don't pay rent with an IOU. Campus Crest CEO Rollins noted to me that, "Student debt levels at the colleges and universities where we operate properties is a non-issue." And while he went on to discuss debt levels, college costs, and value, he summed up the issue when he said, "...if a student is going to default, it is typically not until after they have lived with us and are no longer a student."

The better way to education riches
While a college education is vital to getting ahead, you're better off avoiding the education sector until the debt issue blows over (or up). However, if you still want to invest in education, student housing REITs like Campus Crest are a great option. And with a yield of around 7.6%, Campus Crest is paying you well to wait for the college enrollment upturn Rollins expects.