Of all the major challenges that 3-D printing must overcome before it can become a mainstream technology in manufacturing, quality assurance is arguably the most important -- and easily one of the least talked about. Because current generation 3-D printing technology has very limited capability to alert an engineer if things are going wrong during a print job, the greatest concern is when a 3-D printer doesn't crash. despite there being a problem, that the engineer won't be made aware of it. For General Electric (NYSE:GE), which has plans to use 3-D printed fuel nozzles inside its upcoming Leap jet engine, it's absolutely essential that GE can ensure whether the parts it 3-D prints are free from any internal defects.

This jet engine fuel nozzle was 3-D printed and will take to the skies in the coming years. Source: GE Aviation

I recently had the opportunity to talk with Steve Rengers, R&D manager at GE Aviation's Additive Development Center, who helps oversee General Electric's plans to 3-D print 45,000 of these jet engine fuel nozzles a year, about how GE is working to address this challenge today. Because performing quality assurance in real-time with today's 3-D printing technology isn't currently possible, Rengers explained that General Electric spends considerable time, energy, and dollars to perform destructive and non-destructive testing, to ensure there are no internal defects in its additively manufactured fuel nozzles. As you can imagine, this is a time consuming process that bottlenecks productivity, but is essential to prove out the technology for life-critical applications like jet engine components.

A future goal of General Electric's is to incorporate in-process quality assurance and monitoring into the 3-D printers themselves, so when a part is being printed, there will be continuous monitoring of all aspects of the build, giving General Electric the objective evidence it needs to determine there weren't any issues that presented itself during the build process. While attending Rapid 2014, the largest 3-D printing convention in North America, a prevailing rumor was that U.K-based Renishaw, a precision measurement company turned 3-D printing company, would introduce a successor to its flagship AM 250 laser melting printer with the ability to analyze each layer of the build process.

Although I wasn't able to confirm this rumor, quality assurance technology of this caliber would have game-changing implications for 3-D adoption rates in manufacturing settings, because an engineer would have the data from the entire build process, one layer at a time, to determine if any layer of the process had issues. Bear in mind, the inside of a metal 3-D printing chamber involves high energy lasers, residual heat, and flying metal particles, meaning this undertaking isn't going to be cakewalk for Renishaw, General Electric, or any company to introduce this level of needed quality control. 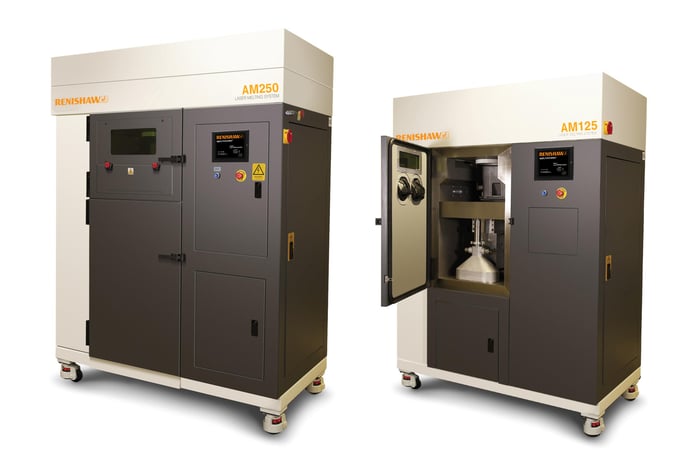 Given a long enough timeline, the majority of challenges facing the 3-D printing industry today will be overcome. The current lack of labor force experience and organizational readiness can be remedied with improved education and the small build areas plaguing metal 3-D printers are destined to get larger in the coming years. However, without comprehensive data-gathering and analysis capabilities during the build process, there's still added risk for the manufacturer. Until a better solution is introduced, General Electric will continue to spend its time and money testing its 3-D printed fuel nozzles the old fashioned way, relentlessly testing and retesting. Once Rengers sees objective evidence that parts are being made to exact specifications in real-time, he believes the 3-D printing industry at large will probably enter a new era.