The Dow Jones Industrial Average's (DJINDICES:^DJI) day seems to be getting a bit better. After dipping into negative triple-digit territory in morning trading, the venerable blue-chip index was down just 50 points, or 0.3%, as of 2 p.m. EDT.Still, only nine of its 30 member companies were in the green.

Why is Verizon zigging when the rest of the Dow is sagging? In particular, what sets Big Red apart from AT&T today?

First, let's consider what's actually wrong with the Dow on this fine Thursday. 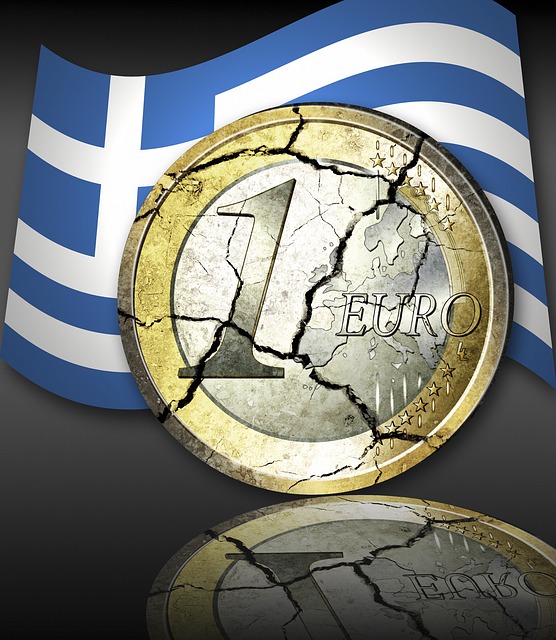 Whatever is wrong with European economies isn't likely to affect AT&T or Verizon.

These worries tend to have a domino effect globally, as Europe's banks provide the capital lifeblood that drives local economies. And since many American large-cap companies collect significant portions of their sales and profits around the European economic hub, it stands to reason that weakness there will be bad for the Dow.

But that doesn't really apply to Verizon.

Sure, the telecom owns a global network of submarine data cables and offers data services in about 130 nations. But the so-called global wholesales and global enterprise divisions accounted for just 17% of Verizon's total sales last year. Operations abroad are insignificant enough that Verizon doesn't even bother breaking out operating profits in these segments, nor does the company's annual report feature any sort of geographic breakdown.

And Verizon most definitely doesn't lean on European sales in any way. This is a true-blue American business, and its investors can be fogiven for turning a blind eye to whatever is happening in Europe.

AT&T is just a little different. Its international interests mainly lie with Mexican billionaire Carlos Slim's America Movil empire, in which Ma Bell owns an 8.3% stake. Even so, America Movil runs wireless and wired networks across the Americas but doesn't touch Europe at all. Besides, Slim is buying out AT&T's interest for $5.6 billion as the American company shifts its South American focus to television.

So the Dow's duo of telecom titans are almost exclusively American affairs. That's part of Thursday's positive story for both Verizon and AT&T.

Both telecoms kind of deserve to skip this mini-meltdown. But why is Verizon beating AT&T?

As it turns out, Verizon wants to steal some wireless subscribers from all the other American carriers. The company just rolled out a 50% rebate on all smartphones, letting consumers grab the latest and greatest handsets with a much smaller sticker shock.

For example, Verizon just started taking pre-orders for the high-end LG G3 handset. With a two-year agreement, you'll pay $100 for Verizon's version or $200 over at AT&T.

It's an attention-grabbing move that probably will seal the deal for a significant number of smartphone buyers. If Verizon's sales staffers play their cards right, they might even shift these new customers over to the Verizon EDGE early upgrade program, where the device cost is split into 20 monthly installments.

The trick is, this customer-friendly option does not qualify for the 50% rebate. You'd end up paying $30 a month for the LG G3, versus $29 a month in AT&T's very similar 20-installment Next upgrade program.

So Verizon is making a clever marketing move with limited financial risk. Since AT&T isn't matching Verizon's rebates today, this should be enough to separate the two stocks by a measurable margin. And that's how Verizon beat both the Dow and AT&T today.