Early Access customers play the incomplete games, offer feedback and bug reports, then receive the full commercial version when it is officially launched. In a recent interview at Gamasutra, Adam Boyes, VP of Publisher and Developer Relations for PlayStation, confirmed that Sony might launch Early Access titles for the PS4.

While the idea is similar to crowdfunding video games on Kickstarter, selling incomplete games on consoles could eventually cause some serious problems.

The business of selling unfinished games
There are several major flaws with Steam's Early Access business. For starters, Steam's Early Access customers only receive the full version of the game if it launches commercially. The developer can cancel the project on a whim, so the customer could end up paying more than $50 for an incomplete game. By comparison, if a Kickstarter project fails to meet its funding goal, the backers won't be charged.

Steam also allows developers to include future content in their preview screenshots and videos, which means that the Early Access version of the game could be completely different from the advertised one. This controversial practice forced Valve to pull Killing Day Studios' Earth: 2066 from Steam and offer refunds, after gamers complained that the game was falsely advertised, broken, and unfit for Early Access sale. 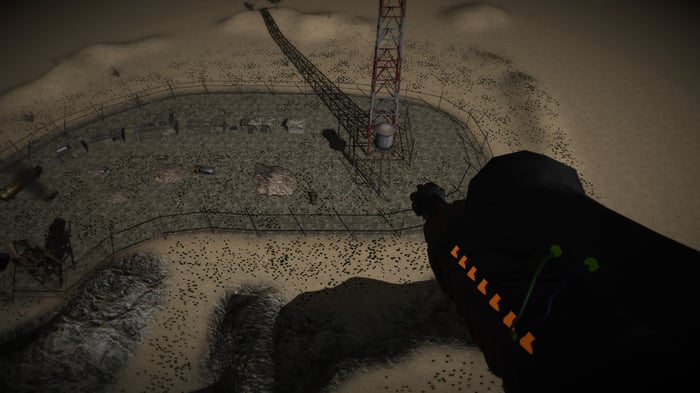 Therefore, Early Access on the PS4 could open the doors to a flood of terrible games from dishonest developers, just as poorly made games now frequently clog up mobile app stores. There is evidence that Steam Early Access is growing too quickly -- Valve only launched the service last year with 12 titles, but there are now 226 available games.

Microsoft (NASDAQ:MSFT) notably doesn't plan to add Early Access games to Xbox Live. At E3, when Kotaku asked Xbox head Phil Spencer about Early Access on the Xbox One, he stated that "just having a bunch of betas happening" might not be "the best way to run a console."

A different kind of customer
Early Access games are also not as polished as the alpha or beta versions that most PC and console gamers are accustomed to. More importantly, top publishers already frequently offer free betas of upcoming games to customers who purchased previous games.

For example, Activision Blizzard (NASDAQ:ATVI) selected certain customers who purchased StarCraft II: Wings of Liberty to test out the beta version of the following chapter, Heart of the Swarm. Later this year, Microsoft will offer the Halo 5: Guardians multiplayer beta to customers who purchase Halo: The Master Chief Collection. This approach, which only works for well-funded publishers, is a more reasonable one that doesn't require selling an incomplete game to a customer.

Another problem with launching Early Access on the PS4 is that PC gamers are generally more technical-minded than their console counterparts. PC gamers generally don't mind tweaking graphics settings when they play their games, and they enjoy modding existing games to increase their replayability -- making them a useful source of information for bug reports. By comparison, console gamers -- who are used to jumping straight into the action -- could be less patient and helpful in weeding out bugs in the game.

The advantages of Early Access
Despite these problems, the Early Access model has some advantages. Early Access can help publishers avoid bug-filled disasters like Electronic Arts' (NASDAQ:EA) SimCity and Battlefield 4, which both clearly needed more testing.

Positive word of mouth during the Early Access stage can also boost sales of an unknown title when it launches commercially, especially among interested gamers who were reluctant to buy the Early Access version. Not all Early Access games are disasters -- Facepunch Studios' Rust successfully launched last December, and Bohemia Interactive's DayZ has already reached the alpha stage.

Since Early Access is all about funding, it will pave the way for more indie games to launch. Considering that many exclusive PS4 titles are indie titles, Early Access might not be a bad way for Sony to increase the number of its exclusive titles.

A different kind of developer
It's tempting to think that big mainstream publishers like Activision and EA could start dabbling in Early Access so gamers can get a development-phase sneak peek of eagerly anticipated games like Mass Effect 4, but I doubt that will ever happen.

Activision and EA don't need crowdfunding to finish their games, and are unlikely to reveal a playable version of the game prior to the beta because it will throttle its momentum going into a major release. Major publishers also care more about overall polish and promoting their games like Hollywood blockbusters. To them, releasing an Early Access game would be the equivalent of Viacom/Paramount releasing a raw version of Transformers with the actors running in front of a green screen.

The Foolish takeaway
In conclusion, if Sony launches Early Access on the PS4, it will probably be as limited to small, independent developers.

To keep its growth in check, Sony will likely have to introduce stricter rules than Steam's Early Access, and possibly guarantee and refund purchases of unfinished games. That certainly sounds like a lot of trouble just to add some unfinished, low-budget games from small developers to the PlayStation Store -- but it could be worth it if a few killer exclusive titles get launched along the way.