Things are looking up for stocks today. The Dow Jones Industrial Average (DJINDICES:^DJI) has gained 54 points in pre-market trading, suggesting a positive start for the blue-chip index. Global shares rose across the board overnight: Asian markets gained 1% and Europe's Stoxx index was up 1.1% as of  8:30 a.m. EDT.

A fresh update on the housing market could have an impact on today's session. The National Association of Realtors report is expected to show that 5 million existing homes changed hands last month. That would represent the fourth consecutive improvement since a monthly low set back in February. Look for the housing update to be issued at 10 a.m. EDT. 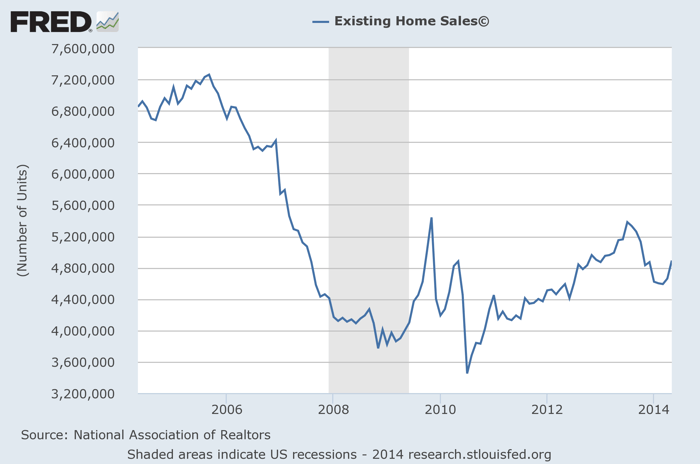 Apple investors won't have to wait until its earnings release this afternoon to get juicy new details on the Mac maker's product plans. The Wall Street Journal, citing "people familiar with the matter," reported today that Apple has asked its suppliers to manufacture 80 million new iPhones in preparation for the release of this year's models that should come with either a 4.7-inch or a 5.5-inch display. That production order is significantly larger than the 50 million to 60 million units that Apple originally requested of the smaller 5s and 5c models last year, the Journal reported. While the massive order suggests that Apple is likely to break iPhone sales records this fiscal year, it could be inflated by new production difficulties that will keep the manufacturing yield lower than usual. For example, the 5.5-inch model may come with a sapphire crystal display, which would be stronger than glass but is untested in mass production. Apple's stock was up 0.7% in pre-market trading.

McDonald's today posted earnings results that missed Wall Street's estimates on both the top and bottom lines. Sales and earnings both inched higher by just 1%, quarterly revenue was $7.1 billion, and profit came in at $1.40 per share. Analysts were instead targeting per-share earnings of $1.44 on $7.3 billion in sales. The fast-food giant's struggles continued in the second quarter as customer traffic levels fell around the world, leading to flat overall comparable-store sales. In a press release accompanying the results, CEO Don Thompson didn't provide much in the way of good news for investors, saying that management expects full-year results to be "relatively similar" to the flat growth that McDonald's booked through June. The stock was down 2.2% in pre-market trading.