Anna B. Wroblewska
(abwroblewska)
Author Bio
Anna began her career in finance as a college intern at a hedge fund, and she hasn’t been able to escape its siren song ever since. She’s done academic research at Harvard Business School and UCLA, was the COO of a wealth management firm, and now writes about finance, economics, behavior, and business. 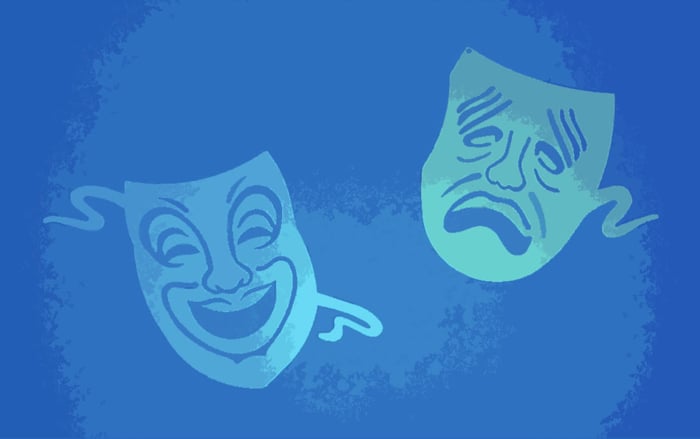 What makes us happy or unhappy, and why are some places happier than others?

On some basic level, it would make sense that sunnier people -- and places -- are happier, but surely human happiness isn't so simple.

Two studies shed light on the happiness of people and places, and teach us that expectations for the future matter a whole lot more than you might realize.

That Detroit is relatively unhappy these days may not come as a surprise, but if it's like most declining cities, it's been that way for decades, even when it was thriving. As the authors put it:

"These results are compatible with the view that unhappiness caused the decline or that declining cities have long-standing attributes associated with unhappiness."

So, maybe some places are just kind of miserable. It's just that people need to be compensated for living in a miserable place, maybe through higher income, more opportunities, or, in the case of a city on the decline, lower housing costs.

This makes sense: In the end, we know that subjective happiness isn't everything. If it was, we'd probably avoid having children: the authors note that new parents "typically report unusually low levels of happiness or life satisfaction."

This would go a long way toward explaining why New York, home to New York City, the country's unhappiest place, is losing so many residents in the wake of the recession. Perhaps those benefits just aren't cutting it anymore?

Or is there more to it than that?
But maybe it's not about pure economic benefits -- maybe it also has something to do with what we think we can achieve in a place. A recent study published in the Proceedings of the National Academy of Sciences pinpoints a link between happiness and our expectations.

In other words, it's all about expectations. Maybe people in declining were unhappy during the heydey because they felt they could have been doing better, and maybe they feel unhappy now because things seem to be going worse.

Low expectations: The way forward?
This might lead you into thinking that having low expectations is the key to happiness, but the lead author of the study, Dr. Robb Rutledge, cautions against oversimplifying:

"It is often said that you will be happier if your expectations are lower. We find that there is some truth to this: lower expectations make it more likely that an outcome will exceed those expectations and have a positive impact on happiness. However, expectations also affect happiness even before we learn the outcome of a decision. If you have plans to meet a friend at your favourite restaurant, those positive expectations may increase your happiness as soon as you make the plan."

In other words, it's all about doing well relative to how you thought you'd do, but it's also about having something bright to look forward to.

So, no matter where you live, maybe now is the time to be grateful... and to start planning that next vacation.