When it comes to investing, finding companies with sweeping competitive advantages can mean the difference between making money in the market and losing it. Starbucks (NASDAQ:SBUX) provides a textbook model for this today thanks to its best-in-class mobile and digital strategy. Let's take a closer look at why the coffee giant's mobile platform is lightyears ahead of other brick-and-mortar retailers, and how Starbucks' plan to build on this lead could make it one of the best stocks to own in 2015. 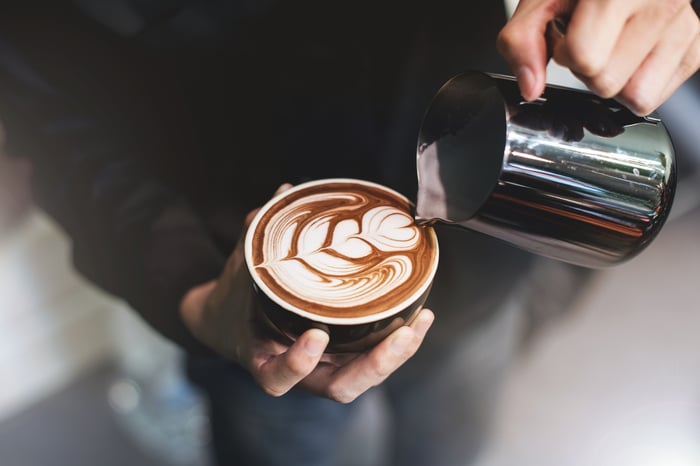 Rising above the rest

These days, everyone from brick-and-mortar retailers such as Home Depot (NYSE:HD) to tech titans like Apple (NASDAQ:AAPL) are working tirelessly to crack the code on mobile payments. Home Depot teamed up with eBay's (NASDAQ:EBAY) PayPal in 2012 to test a mobile point-of-sale system in 2,000 Home Depot locations throughout the United States.

The home improvement chain has since expanded its PayPal offering to nearly all of its stores and now offers its customers a hands-free mobile payment option that requires only a phone number and pin associated with the person's PayPal account at checkout. Apple has made similar strides with its Apple Pay feature, which lets shoppers make purchases at participating retailers with just the tap of their iPhone.

While these are promising mobile initiatives, none as of yet come close to Starbucks' dominant lead in the space. More than 13 million consumers in the U.S. now use Starbucks mobile apps. As a result, the coffee retailer now generates over 7 million mobile transactions in its stores each week. This is more than any other brick-and-mortar retailer in the market today. Moreover, mobile accounted for as much as 16% of Starbucks sales in the first quarter -- that's celebration-worthy next to Apple's early boasts that its new pay option grabbed nearly 1% of Whole Foods sales.

Not only does Starbucks have a significant lead over others in the mobile space, it's also building on that edge. For example, Starbucks recently unveiled its Mobile Order & Pay technology, which lets customers place orders ahead of time using their mobile device and then pick up in the store. The Seattle-based company initially launched the program in 150 Starbucks locations in Portland. Thanks to the success of that launch, Starbucks now plans to roll out the service in over 600 stores in the Pacific Northwest in the months ahead, with a national launch to follow.

Starbucks Mobile Order & Pay, like so many other facets of its mobile strategy, is a roaring success because it seamlessly integrates mobile technology with a memorable in-store experience. "Mobile Order and Pay saves our customers time by enabling them to avoid the lines and waiting for the orders to be filled, resulting in shorter lines, faster service and improved in-store execution and an elevated Starbucks experience," explains Howard Schultz, Starbucks' CEO.

Looking ahead, this should further fuel mobile payment transactions at Starbucks in 2015. Additionally, Schultz is confident that Mobile Order & Pay will "have a flywheel positive effect on our overall business, driving both increased MSR membership and app usage and creating significant additional one-to-one marketing opportunities."

Thinking outside of the payments box
Unlike other retailers, Starbucks is morphing its mobile technology into much more than just a payments platform. The company is investing in software and mobile apps, for example, that enable its employees to easily access information like work schedules from their smartphones. On top of this, Starbucks is driving consumer loyalty with the ongoing success of its My Starbucks Rewards, or MSR, initiative. In fact, the java chain added nearly 900,000 new MSR members in its latest quarter -- Starbucks MSR membership now tops 9 million, up 23% over last year. 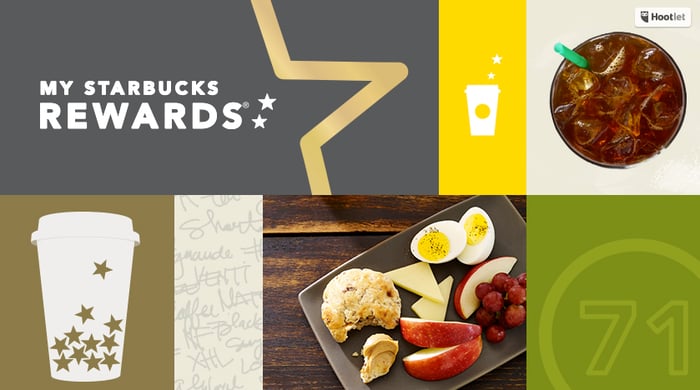 Starbucks' rewards program is key to the company's ongoing success because in addition to driving revenue growth and profit, it also cultivates long-term customer loyalty to the Starbucks brand. Nevertheless, where the company really succeeds is in combining these mobile and digital initiatives into one cohesive customer experience. Schultz elaborates:

The relationship that we have built with our customers though mobile payment through MSR, through gold members and now Mobile Order & Pay and delivery is a significant driver in not only elevating the relation that we have with our customers, but significantly lowering our traditional cost of customer acquisition, especially when you compare it to other national retailers.

Moreover, more than half of all smartphone owners now use their devices for "store-related shopping," according to research from Deloitte. Therefore, Starbucks' seamless mobile strategy is a competitive advantage that should fuel outsized gains for the company for many years to come.