Looking beyond the headline results, 3D Systems' business remains challenged to execute well across all of its segments.

Driven by weak performance in its North American channel, 3D Systems' fourth-quarter organic growth rate -- the rate of annual revenue growth that doesn't account for acquisitions less than one year old -- stalled to 7%. 3D Systems attributed the North American weakness primarily to its jetting line of 3D printers, which on a full-year basis only increased by 9% in terms of unit volume. 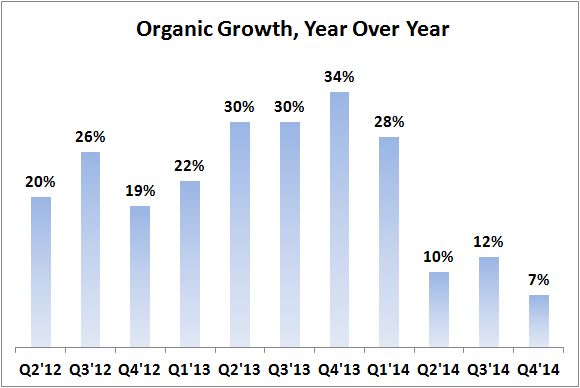 Between 3D Systems' order book growing by $500,000 sequentially and organic growth declining, the weak performance in North America could indicate that 3D Systems' jetting printers are becoming saturated in the region. Exactly how this translates to regions where 3D printing is less saturated of a technology remains an unanswered question for investors. 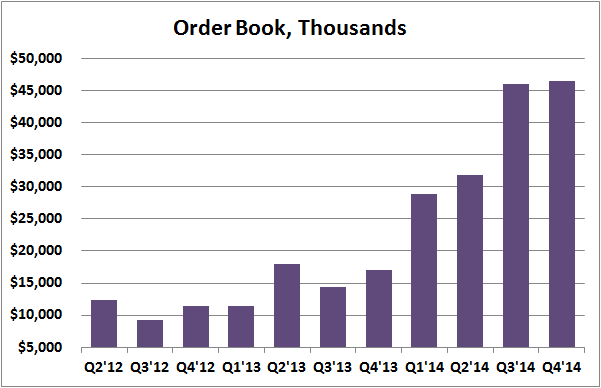 Although 3D Systems previously highlighted that a concentrated number of product launches and manufacturing capacity buildouts have dragged on hardware gross profit margins in 2014, it's an area that investors should continue monitoring because it could also provide insights as to whether 3D Systems may be experiencing pricing pressure headwinds as a result of increasing competition. In terms of emulating the operating performance of its EMEA segment worldwide, CEO Avi Reichental said 3D Systems will be "taking decisive steps to improve the productivity and coverage of our North American and APAC [Asia Pacific] channels to the level of our EMEA region."

Ending the year with questions
3D Systems closed out the year with $284.9 million in cash on hand, giving it plenty of breathing room to improve the execution of its North American operations and pursue new growth initiatives.

According to Reichental, 3D Systems has "assembled the technological building blocks, infrastructure, talents and partners required to scale our business and extend our first mover advantage in key verticals" and the company is "now poised to strengthen our execution to create greater value faster."

The ultimate question is whether the company can build a business that can fire on all cylinders, because a string of recent quarterly performances suggests this may be difficult to achieve.