William Shatner's Priceline is one of the best consumer-facing stocks of the past decade. Source: Priceline.

The best stocks make themselves obvious over time. The key, though, is figuring out how to choose a winning stock before it begins its best years of performance. Fortunately, time is on your side in your search for the top stocks in the market because, contrary to popular opinion, most winning stocks produce their market-crushing returns not in days but over years or even decades.

Of course, the stocks that provided the best returns in the past aren't always likely to produce the same mouthwatering returns in future years. Yet looking at history can help teach you about what to look for in a winning stock. With that goal in mind, let's turn to some of the top performers of the past decade to see what we can learn about finding tomorrow's winning companies.

How three simple stock picks could have made you a millionaire
The following three companies revolutionized their respective industries, and they rewarded investors who had the foresight to identify their full potential early on. Their returns over the past 10 years were among the best in the stock market, and investors who bought a total of $20,000 worth of stock split evenly across the three companies would find themselves today with a portfolio exceeding $1.1 million.

1. Keurig Green Mountain: up 6,333% since 2005.
A decade ago, the company then known as Green Mountain Coffee Roasters looked like one of many players in the budding coffee industry. It was only in 2006 that the company completed its acquisition of Keurig, buying the remaining 65% that Green Mountain didn't already own.

At the time, some investors actually criticized the deal, arguing that Keurig's disposable K-Cups didn't fit with Green Mountain's eco-friendly image. Yet the Keurig acquisition set the merged company's entire future strategic direction, with Green Mountain cafes having become an afterthought, and the corporate name change to Keurig Green Mountain early last year only formalized what everyone knew was the key to the company's success.

Keurig Green Mountain is a great example of how a star product can vault a little-known company to huge success. Now, Keurig has attracted major investments from beverage giant Coca-Cola (NYSE:KO) and stands poised to make huge inroads in the cold-beverage scene, which could further accelerate its growth.

2. Priceline Group: up 5,224% since 2005.
In contrast to Keurig, many people in 2005 were convinced Priceline's best days were already behind it. During the Internet boom, Priceline had soared alongside many other e-commerce concepts, but the tech bust had sent its stock plunging so far that the company was forced to conduct a reverse split in order to keep its shares from reaching penny-stock status. Yet unlike many Internet companies, Priceline had retained its profitability, and William Shatner's presence as spokesman kept the company in the limelight.

Priceline subsequently, and correctly, concluded that international growth was key to its long-term success, and the company has now largely downplayed its original "Name Your Own Price" auction strategy in favor of simply providing the best, most convenient travel options for consumers worldwide. Even as competition has grown stronger in the online-travel industry, Priceline has continued making strategic acquisitions to retain its place at the top. Priceline remains poised for bigger and better things as it broadens its scope to restaurant reservations through its buyout of OpenTable and seeks other ways to further cement its position in travel. It serves as proof that turnaround efforts can work. 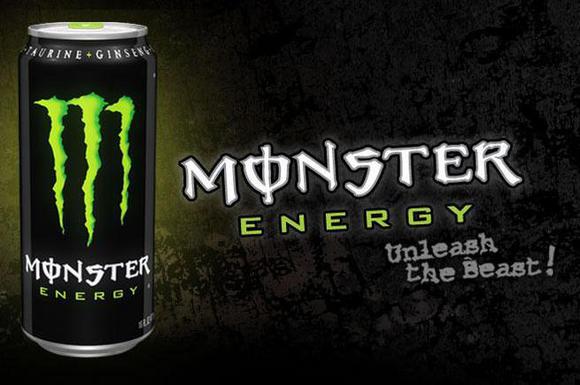 3. Monster Beverage: up 4,734% since 2005
Finally, Monster Beverage's success shows that shifting focus can pay off with huge growth. The company formerly known as Hansen's Natural was once best known for its natural-ingredient soda products, which it hoped would help launch its prospects past those of beverage giants like Coca-Cola. Yet the niche creation of its Monster energy drink proved to be the game changer for the company, which saw revenue soar from $50 million in 2003 to nearly $740 million in just the third quarter of 2014.

That meteoric rise led the company to change its name to Monster Beverage in 2012. Like Keurig, Monster has attracted a sizable investment from Coca-Cola. With the energy-drink segment's sizable growth showing no signs of letting up, Monster Beverage has plenty of room to keep vying against rival Red Bull for dominance of this increasingly important portion of the beverage business.

The best investors are always on the lookout for tomorrow's best stocks, and they know you have to check out the most promising young companies to see if they have what it takes to be future winners. These three companies give you an idea of what it takes to be a millionaire-making stock, and their example should shed some light on which stocks will follow in their footsteps.