Google (NASDAQ:GOOG) (NASDAQ:GOOGL) Android controlled 81% of the global smartphone market in 2014, according to research firm IDC. Unfortunately, the OS is still extremely fragmented.

According to Google, only 3.3% of all Android devices currently run 5.0 Lollipop, the latest version. 40.9% still run KitKat 4.4, which launched in Oct. 2013, while the remaining devices all run earlier versions. Let's take a look at how this fragmentation could impact Google's future plans for mobile devices.

Why fragmentation matters
The fragmentation of Android means that many of the operating system's newest features won't work on the majority of its devices.

Google recently launched its "Android for Work" initiative to expand the footprint of Android-powered enterprise devices. However, Android for Work depends on Lollipop's new profile-splitting security features, restricting it to just 3% of all devices. To compensate, Google launched an Android for Work app for devices as old as Ice Cream Sandwich 3.0 ones. This lets it reach over 90% of all Android devices, but it's unclear if the separate app will be considered equally secure to the native Lollipop version.

By comparison, 75% of Apple (NASDAQ:AAPL) devices have already been upgraded to iOS 8, which launched last September, while just 22% remain on iOS 7. Apple keeps fragmentation low by fully controlling the hardware and software ecosystem.

How Google is trying to curb fragmentation
Google tried to develop a unified hardware and software ecosystem like Apple's by acquiring Motorola Mobility in 2011. However, the Moto X handsets it launched failed to catch on. After taking billions in losses, Google sold Motorola's handset division to Lenovo in 2014.

Instead, Google relied on two other strategies to reduce fragmentation. First, it rotated its Nexus branding for smartphones and tablets among hardware partners like LG, Asus, and HTC. These second-tier players were eager to boost sales with Google-branded products, their support helped Google keep Samsung (NASDAQOTH: SSNLF) in check, and the devices showcased the latest versions of Android. Second, it addressed fragmentation in lower-end devices last year with Android One, an initiative which set design standards for cheaper phones and ensured that they were always updated to the latest version of Android.

Why Google's efforts won't work
The problem with Google is that it wants to control the mobile world, but doesn't want to get its hands dirty with manufacturing hardware.

However, OEMs are realizing that Android is simply a way for Google to tether mobile users to its ecosystem without manufacturing any hardware. Meanwhile, profitability of Android devices has fallen to an all time low. A recent Strategy Analytics report claimed that Android devices only raked in 11% of global smartphone profits in the fourth quarter of 2014, with the remaining 89% going to Apple. This means that OEMs are helping Google make money through mobile ads and Google Play sales, but can barely make a profit from selling handsets.

As a result, leading handset makers will be less inclined to keep pace with Google and more inclined to "fork" Android for their own purposes. A forked version of Android is modified to carve Google services out of the OS in favor of non-Google ones. Popular forked Android operating systems include Amazon's Fire OS, Xiaomi's MIUI, and Cyanogen's Cyanogenmod. 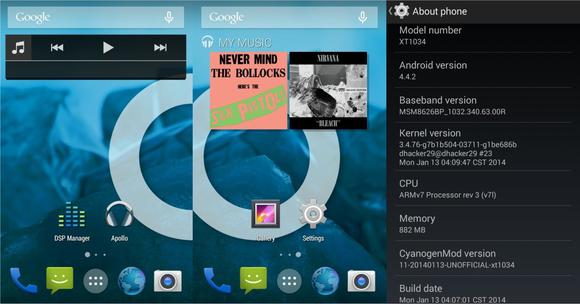 These operating systems are built on top of Android, but they aren't updated at the same pace as devices from Google's OEM partners. According to ABI Research, 29% of Android devices shipped in the fourth quarter of 2014 were forked ones. To make matters worse, Google's longtime partner Samsung has developed a new OS, Tizen, which it is using to decrease its dependence on Android.

Google remains the dominant mobile OS, but big cracks -- poor hardware profitability, dissention among hardware partners, and fragmentation impacting support for new features -- have appeared. Unless Google mends those cracks, the actual percentage of Android devices that new initiatives like wearables and enterprise will work on could remain minimal.