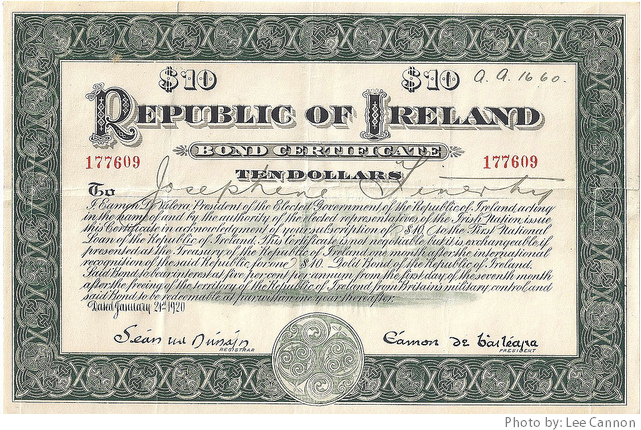 Bonds get complicated, and the language doesn't help. Most of us think of "coupons" as a piece of paper you exchange for a discount on toilet paper, but in the world of bonds, a coupon is your interest payment.

Seemingly weird words don't stop there. There are hundreds names that describe bonds based on minute differences in credit ratings, interest rates, time to maturity, and collateral. With that in mind, let's look at the world of debenture bonds, a common type of bond with a not-so-common name.

Debenture bonds aren't always described as debentures. For instance, U.S. Treasury bonds are backed only by the government's ability to service and repay the debt, and are thus debenture bonds. But rarely is the term associated with U.S. government debt. Likewise, most junk-rated bonds are debentures, as junk bonds are rarely backed by specific collateral, hence their low ratings and higher yields.

What's it matter?
To be clear, debenture bonds aren't necessarily high-risk bonds. In fact, the most credit-worthy companies issue these kinds of bonds simply because they can. It gives them the flexibility and protection to keep their assets "unencumbered," making them available as collateral in the future, should lenders require it.

Despite having no specific collateral backing the bond, a debenture still enjoys the advantage of being high in a company's capital structure. In the event of a bankruptcy, debentures would be repaid after most secured lenders, but before stockholders. The debenture investors would simply split up the remaining asset value after other secured lenders are paid in full.

Altria is a good example of a company that finances itself with debentures. Because of its consistent cash flow generation -- cigarette manufacturers make for a reliably profitable companies -- it issues debentures to finance a substantial part of its balance sheet. It does so without any real effects on the interest rate it pays, because investors see its consistently profitable business as a good credit risk.

Likewise, Apple, one of the most cash-rich companies on earth, has recently used debenture bonds to finance dividends and stock repurchases. Its enviable cash position enables it to borrow at a very small premium to the rates the U.S. government pays, despite the fact that its bonds do not have claim to a particular asset as collateral.