Comparisons between McDonald's Corp. (NYSE:MCD) and Chipotle Mexican Grill (NYSE:CMG) have become a favorite subject in the business media in recent years. McDonald's, the fast food champion for 50 years, is said to be losing its crown, while Chipotle is leading a new group of fast casual chains that have won over the hearts and mouths of the key millennial demographic.

That McDonald's once owned a majority of Chipotle is no small irony as the sale seems to represent both a poor management decision on behalf of McDonald's, and the vastly different directions the two restaurant chains have taken since their split in 2006.

For investors, the two stocks offer vastly different value propositions. McDonald's is a Dividend Aristocrat and a global powerhouse. Despite its recent struggles, the stock offers a dividend yield of 3.5% at a relatively modest P/E of 20 and the stability of one of the most valuable and recognized brands in the world. 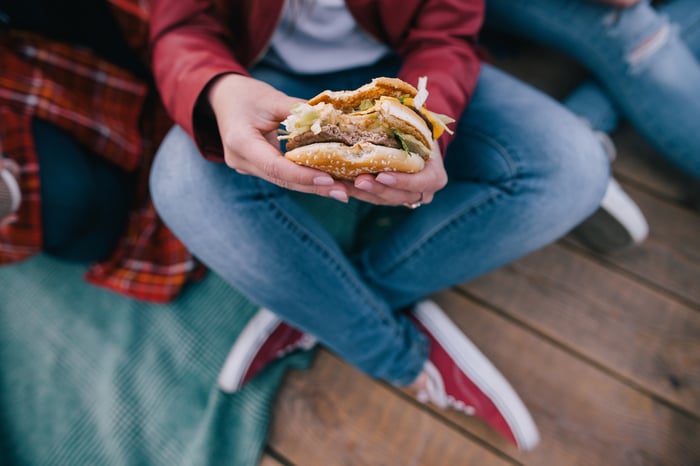 Chipotle, meanwhile, has been a growth star since its 2006 IPO as the stock has risen over 1,000%, but at a P/E near 50, many investors have questioned whether the company's future growth can justify such a high price. With nearly 2,000 restaurants nationwide, strong profit growth may be harder to come by for Chipotle in the future.

When comparing the two companies, investors often make a key mistake. It's easy enough to look at the income statements of each restaurant chain and conclude that McDonald's is the better business because its operating and net income margins are much stronger than Chipotle's. McDonald's has an operating margin of 29% and a profit margin of 17%, while Chipotle's respective figures are just 17% and 11%.

Still, on a per-store basis, Chipotle restaurants deliver much more profit for investors than McDonald's. The burrito roller finished 2014 with 1,783 stores and a profit of $445 million, meaning each store contributed an average of $250,000 in profit last year.

McDonald's, on the other hand, finished last year with 36,258 locations worldwide and $4.8 billion in profits, meaning the average McDonald's restaurant contributed just $131,000 to corporate headquarters last year, about half the contribution profit of the average Chipotle.

To franchise or not to franchise
The key reason for the difference in average contribution between Chipotle and McDonald's is that most McDonald's restaurants are franchised, while all of Chipotle's locations are company-owned. By franchising, McDonald's has sacrificed a portion of the individual profits generated by its restaurants, but franchised locations have the benefit of being easier to open and they do not require the same level of hands-on management as company-owned stores.

By choosing not to franchise, Chipotle's store growth has been modest, at about 10% a year, but the decision to keep stores company-owned has enabled top-notch operations and increased profits per store.

Looking at sales on a systemwide basis, McDonald's seems to be giving away even more of its profits as the Golden Arches reported a total of $87.8 billion in sales at all of its restaurants, both franchised and company-owned, meaning its net margin on systemwide sales was just 5.4%, half of Chipotle's 10.8%. That means Chipotle could match McDonald's total profit with just half the stores. Of course, at its current pace of growth, it would take decades for Chipotle to reach 18,000 stores, half of McDonald's current total, but the burrito chain's stock carries a market cap just one fifth of McDonald's so the expectations are more modest than that.

Guess who wins on store-level profits, too
Not only is the Chipotle company-owned model more profitable than McDonald's, but it's individual stores also have a higher profit margin than McDonald's locations. In 2014, restaurant-level operating margin at company-owned McDonald's was just 15.9%, while that margin at Chipotle was a whopping 27.2%, much higher than McDonald's. That difference, more than any other, may best highlight Chipotle's competitive advantage over McDonald's and other fast food purveyors. The burrito chain is able to drive such high margins because of the efficiency of its operations and its higher food quality, which allows higher prices.

McDonald's, of course, isn't sitting on hands. New CEO Steve Easterbrook has implemented a wage increase and new policies on food, including a ban on antibiotics in chicken and testing all-day breakfast in hopes of boosting performance. It would be foolish at this point to consign McDonald's to history, but it's clear that it's currently losing to the Chipotle model.

Perhaps then, McDonald's biggest mistake wasn't in selling Chipotle, but in not borrowing from it.